Scott made the touching tribute while running in her memory for Alzheimer’s Research UK.

Scott Mitchell – husband of the late Dame Barbara Windsor – ran today’s Virgin Money London Marathon while sporting an iconic photograph of her on his t-shirt. Scott was running the 26.2-mile race through the capital in support of Alzheimer’s Research UK – a charity he proudly became an ambassador for in August.

“Today’s race was just incredible – from the race itself to those who came out on to the streets to cheer us on, I’m going to be on cloud nine for a long time. It was tough – harder than two-and-a-half years ago – but having Ba on my top and constantly in my thoughts just reminded me why I’m doing it. We need to find effective treatments for this devastating disease and I couldn’t be prouder to play a small part in bringing that day forward by supporting the vital work of Alzheimer’s Research UK.” – Scott Mitchell

Printed front and back, the photo tribute showed a smiling Barbara from the sixties during her Carry On heyday. The picture was also worn by Scott’s brother-in-law and nephew, Laurence and Harry Alexander, who joined him for the race. Between them, they have raised tens of thousands of pounds for Alzheimer’s Research UK.

Dame Barbara was diagnosed with Alzheimer’s disease – the most common cause of dementia – in 2014. She received global praise when she went public with her dementia diagnosis four years later, helping to raise awareness of a condition that affects nearly one million people across the UK today. 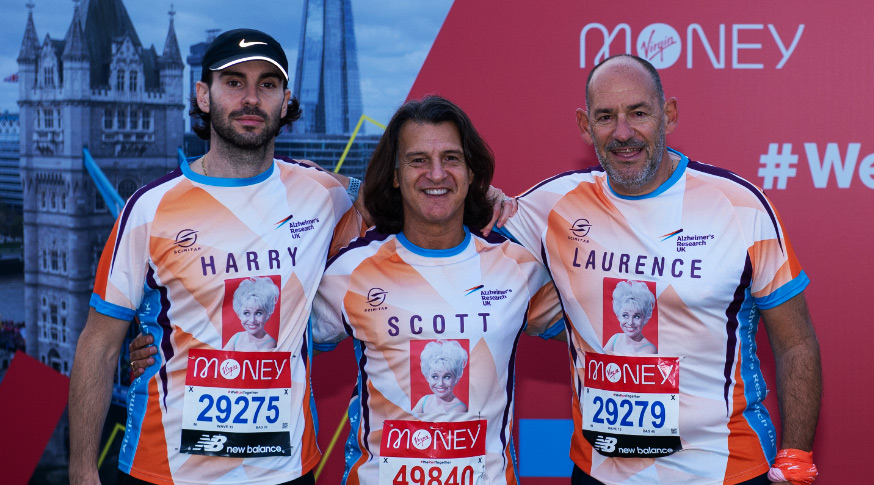 Since the death of the EastEnders icon in December last year, aged 83, Scott has continued her incredible legacy alongside Alzheimer’s Research UK. A condolence page set up shortly after her passing was inundated with tributes and over £160,000 in donations to the charity. He has also publicly campaigned for more dementia research funding and been busy behind the scenes, sharing his and Barbara’s story to secure future support for Alzheimer’s Research UK.

Scott first ran the iconic 26.2-mile Virgin Money London Marathon two-and-a-half years ago to raise funds for Dementia Revolution – a record-breaking campaign from Alzheimer’s Research UK and Alzheimer’s Society, as charity of the year for the 2019 event.

“Scott is just the most phenomenal supporter of Alzheimer’s Research UK. As an organisation, we couldn’t be prouder of what he’s achieved today. We know Barbara would have been driving him on every step he took. Through Scott, she’s continuing to make a difference for future generations and that’s just the most incredible thing.

“I’d also like to say a big congratulations to all our runners who completed this extra special Virgin Money London Marathon. You’re all amazing.” – Hilary Evans, Chief Executive of Alzheimer’s Research UK

Scott finished today’s race in a time of 5hrs 56mins. To sponsor Scott, go to www.justgiving.com/damebarbara 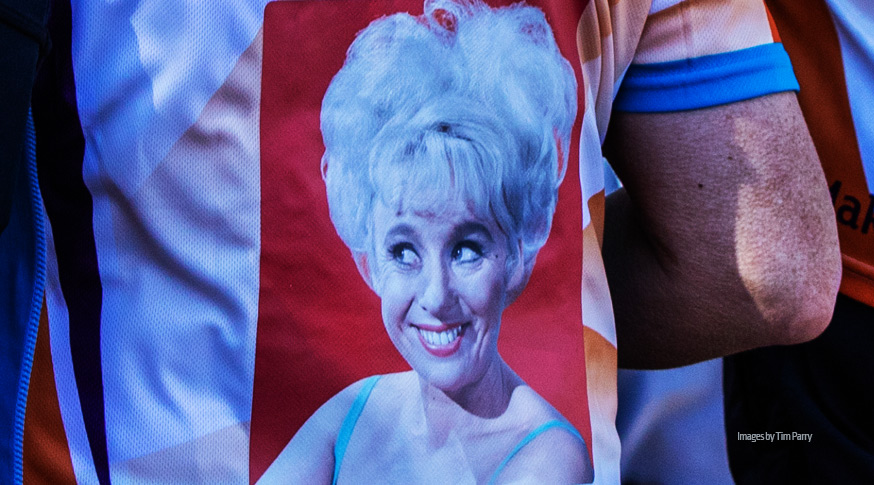