The  GMB regular is currently favourite to face first Bushtucker Trial with the bookies.

Good Morning Britain presenter Richard Madeley is the bookies favourite to face the first public-voted Bushtucker trial, with the new series of I’m A Celebrity… Get Me Out Of Here! little more than a week away.

Soap royalty, football legends, musicians and Olympians are set to do battle in the hit ITV show, with the campfire set to be lit on Sunday, November 21 at 9pm. For many the infamous Buchtucker trials have thrown up some of the best TV moments in recent years, with the gory challenges, often involving eating, holding, or otherwise being surrounded by bugs, always a high-point of the show.

And William Hill currently has Madeley, famed for his one-liners, hilarious quips and the finest locks on breakfast TV, is 5-4 favourite to be the first celebrity to squirm under the pressure of earning their next meal. This Morning legend Madley, who was recently confirmed as a full-time host on GMB, is one of 12 celebrities who will bid to become King or Queen of Gwrych Castle this Autumn.

Simon Gregson, who has played Steve McDonald on Coronation Street since 1989, is swapping the Corrie cobbles for the North Wales castle, and is a joint-second favourite on 9-2. Gregson is joined on 9-2 by favourite to win the show outright Frankie Bridge, who walks across the drawbridge five years after husband Wayne parachuted into the Australian jungle.

Cheered on by a sometimes giggling, and often grimacing, Ant and Dec, contestants have to complete a challenge in order to win stars, which can be exchanged for food. But these challenges are usually gruelling physical, mental or food-based challenges, often resulting in the celebrities facing their worst fears.

This year DJ Naughty Boy is 4-1 to fade out, while former Strictly Come Dancing judge Arlene Phillips, 78, and the show’s oldest ever contestant, is 9-2 to waltz her way out of the castle, level-pegging with decorated para-sport athlete Kadeena Cox – also 9-2 – to walk back across the drawbridge as the first eliminated.

Former BBC Breakfast host Louise Minchin is currently 6-1 after swapping the famous red sofa for the castle, after more than 20 years on the flagship breakfast news programme. And GMB’s Madley is considered an 8-1 shot, ahead of 9-1 David Ginola. 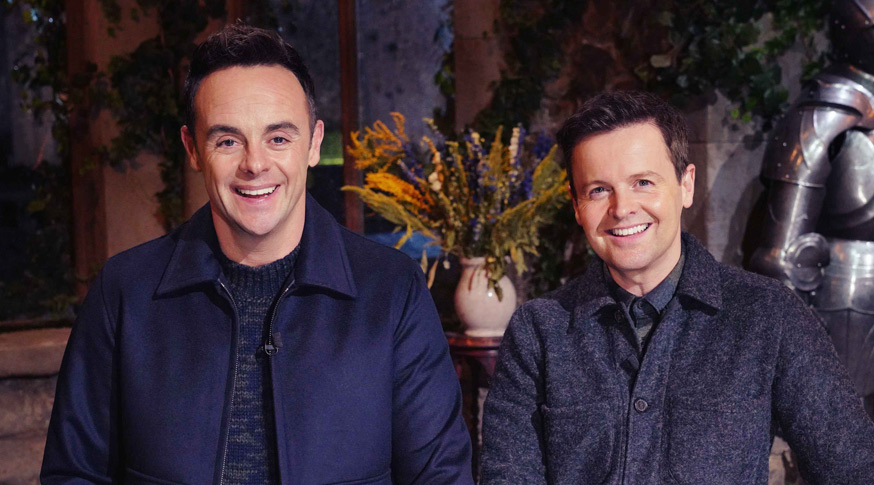 **odds correct at time of publishing**

TV Highlights: From a stolen van to a flock of rare breed Cotswold sheep