The Dragons’ Den star lost out to Tilly Ramsay in the dance off.

The judges’ scores were added to the viewers’ votes to determine who would be tasked with impressing the judges one final time – this time it was Sara and Tilly.

After both of the couples had danced for a second time (Sara and her partner Aljaz Škorjanec their Argentine Tango to No More Tears (Enough Is Enough) by Donna Summer and Barbara Streisland; Tilly and her partner Nikita Kuzmin their Quickstep to I won’t Dance by Damita Jo), the judges delivered their verdicts.

Craig Revel Horwood chose to save Tilly and Nikita as they “stood out a little bit more” for him, while Motsi Mabuse also saved them for the ‘details’ within their dance.

Anton Du Beke favoured Tilly and Nikita’s performance but noted that “the standard is so high and either of these couples could have made the final any other year”.

Head Judge Shirley Ballas’ vote had no bearing on the outcome but she noted that she would have also voted to save Tilly and Nikita. 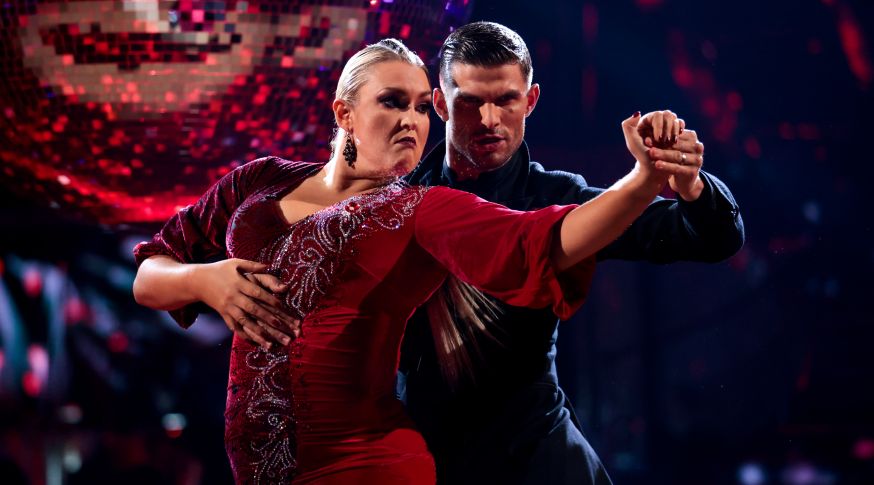 “I had no idea any of this was in me. It’s been a life changing experience and one I’ve loved every second of. [Aljaz] is one in a million. I tell him every day and this wouldn’t have been the experience it was, if it wasn’t for him.”- Sara Davies

Aljaz added: “I feel like from that day we met under the Angel of the North, I was so pleased to dance with you this season. Honestly, I wouldn’t want to dance with anybody else. You have been an absolute joy and a testament to hard work – not just on Strictly but with your business and you’re a beautiful mother.

Tonight’s Results Show opened with an emotional dance from the Strictly professionals, in honour of Remembrance Sunday. There was also a very special music performance from James Blunt who performed his hit song, ‘Goodbye My Lover’.