The singer lost out to Rhys Stephenson in the dance off in a weekend of musical-inspired routines.

The judges’ scores were added to the viewers’ votes to determine who would be tasked with impressing the judges one final time – this time it was Tom and Rhys.

After both of the couples had danced for a second time (Rhys and his partner Nancy Xu their Jive to Footloose from Footloose; Tom and his partner Amy Dowden their Couple’s Choice to On My Own from Les Misérables), the judges delivered their verdicts.

Anton Du Beke also preferred Rhys and Nancy’s routine but noted that it was “an outstanding dance off”.

With three votes to Rhys and Nancy, it meant they had won the majority vote, and Tom and Amy would be leaving the competition regardless, however Head Judge Shirley Ballas said she would have decided to save Tom and Amy. 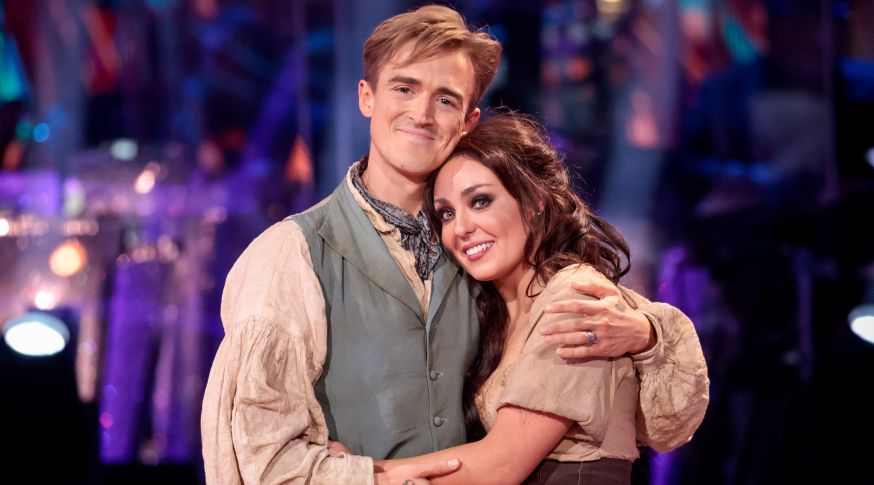 “Honestly I’ve had the best time, I’ve loved every second of it. I’ve made the best friend in Amy, you’ve been amazing thank you so much for teaching me how to dance, I know it was a struggle at times. It’s an amazing show, everyone that works on it, all of you guys have been amazing, I’ve loved getting to know you. Thank you so much, it’s been the best experience and I don’t regret a single minute of it.” – Tom Fletcher

Amy added: “I wasn’t ready for this. I’ve loved every single second from the bottom of my heart. Who gets to say they got to go on tour with McFly?! Tom has given his all, and he is so humble, so genuine, so talented. The whole Fletcher family, they welcomed me in with opened arms and honestly I couldn’t have wished for a better time.”

Tonight’s Results Show opened with a fantastic routine from the professional dancers to Defying Gravity, from the musical Wicked. There was also a special performance by Max Harwood and The Feeling who sang Out Of The Darkness (A Place Where We Belong) from the musical Everybody’s Talking About Jamie.