It’s the second week a regular judge has had to miss the programme.

“We can confirm Motsi Mabuse will not be taking part in Strictly Come Dancing this weekend. We are delighted that Cynthia Erivo will be joining us as a guest judge again, joining Craig Revel Horwood, Anton Du Beke and Head Judge, Shirley Ballas on the judging panel. We look forward to having Motsi back with us next weekend.” – A Strictly Spokesperson

Motsi Mabuse revealed on social media that she had been ‘picked’ by the Covid ‘track and trace’ app, stating she had been ‘in close contact’ with someone who has now tested positive for the illness. Due to technicalities Mabuse, despite being jabbed and boosted, is unable to appear. She notes ‘Being double vaccinated and booster, it would normally mean exception from self-isolation, however, unfortunately, the German EU vaccines are not recognised [in the UK] and neither is my booster. So I must follow Government guidelines [to isolate].’

Last week’s episode saw Craig Revel Horwood miss the dancing celeb event due to catching Covid. He, however, is back and ready for this weekend’s showdown as is singer and actor Cynthia Erivo who will join the Strictly Come Dancing judging panel as a guest judge for the second weekend running having filled in for Craig last weekend. Cynthia will join Craig, Anton Du Beke and Head Judge Shirley Ballas. 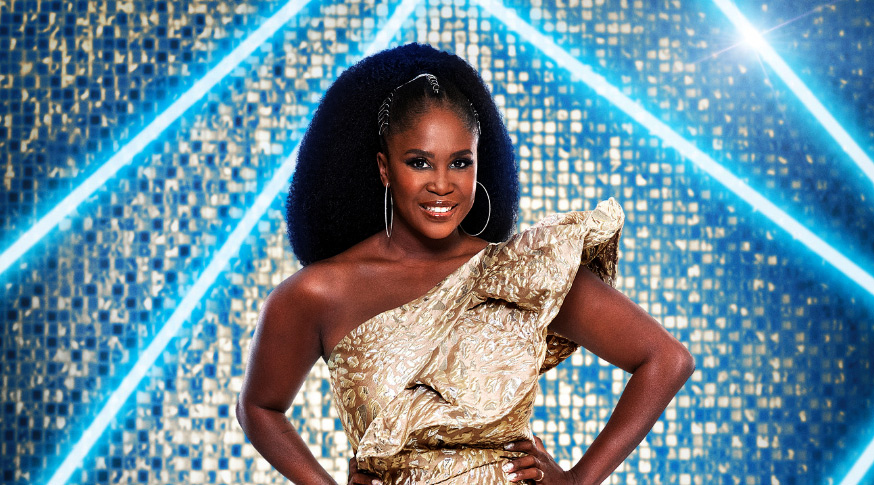 London born Cynthia Erivo has starred in numerous theatre productions across the globe, including Broadway’s revival of The Colour Purple, the Sister Act UK Tour and The Umbrellas of Cherbourg.

She played the lead role of Aretha Franklin in the third series of Genius, the title role in acclaimed biopic Harriet is currently filming for the new Luther movie and will star as Elphaba in the highly anticipated upcoming film adaptation of the musical, Wicked.

Strictly Come Dancing will see the remaining couples perform routines live this Saturday on BBC One at 6.35pm, with the results show on Sunday 21 November at 7.15pm.