Rishi Nair who plays Sami Maalik has departed Hollyoaks in scenes on E4 this evening.

Following Imran holding Ali hostage Sami stepped in and issued a threat to his mother’s rapist that if he didn’t turn himself into the police he’d make sure he had a death, that would be thanks to several provable backups, look like suicide. A stone through Ali’s window, while they were chatting added to the menace, and his work was done. Ali hot-footed it to the police quicker than you could say The Dog In The Pond has a happy hour at 8.

In tonight’s E4 episode at the Maaliks, Sami came clean about what he had done while Misbah met with Ali’s former victim, Gina to convince her to reconsider giving a statement. Later, as Sami starts to question his own values, he decides to make a big change and leave Hollyoaks Village.

What was your favourite storyline?

My favourite storyline by far was far-right radicalisation, it being the first-time racism was ever covered on a UK soap, and being such an integral part of that storyline made me feel so proud. It meant so much to me to cover that on a personal level as well. It was great hearing the stories and the reception it had, with people stopping you on the street, and messages on social media about how happy they were that it was being covered on prime-time TV covered in such a real way.

What was your favourite scene?

My favourite scene would probably have to be one of the stunts, the car crash in the tunnel was the first stunt I ever did so that was super cool, but when Sami and Sinead were caught in a tornado during storm week, that probably edges it for me as my favourite scene. It was such a big production, we had rain and loads of wind and I remember it was literally ice cold, and it was kind of horrendous at the time, but looking back it was so much fun and the stunt scenes are the ones I loved doing the most.

How was your time on the show as a whole?

“My time on the show as a whole has been absolutely incredible – It’s such a joy to work in that place and to be able to come in every day and do what I love has been a real joy and pleasure. All of the cast that I’ve worked with has been incredible and the crew really are the heartbeat of that place. The show has been running for over twenty six years and it’s the crew that has really kept it going. I will really miss everyone on the show its like a big family so will definitely miss working with them.”

Will you stay in contact with any of the cast members, and your Maalik family?

“Oh, I’ll absolutely stay in contact with a lot of the cast members. I’ve met so many friends that started off as colleagues but are now like my family, especially with my Maalik family – From the beginning, we have been like a real family. We are so close outside of the show, we go for family meal’s all the time and were always there for each other. Even after I’ve left the show they wont be getting rid of me, I’ll still be turning up to all the Maalik meals.”

How do you feel to be a part of the Maalik family?

“It feels really special to be a part of the Maalik family. They are a core piece of the Hollyoaks jigsaw and they have really stamped their mark on the show. I think its been quite a revolutionary family as well because its an Asian family on British television which is portrayed in a realistic way and I think its important to show a modern depiction of a UK Asian family. We have the traditional members of the family who are practising religion, and then we have Sami who isn’t so religious, and likes to drink.

There was a big scene with Sami where he was saying he feels English because he was born here and even though he’s so proud to be Indian, there’s a part of him that’s English as well because he’s been brought up here. It was a true depiction of some of the battles that young Asian British go through with their identity and not feeling like they belong in certain places. I think the reception from that storyline was great from the Asian community.” 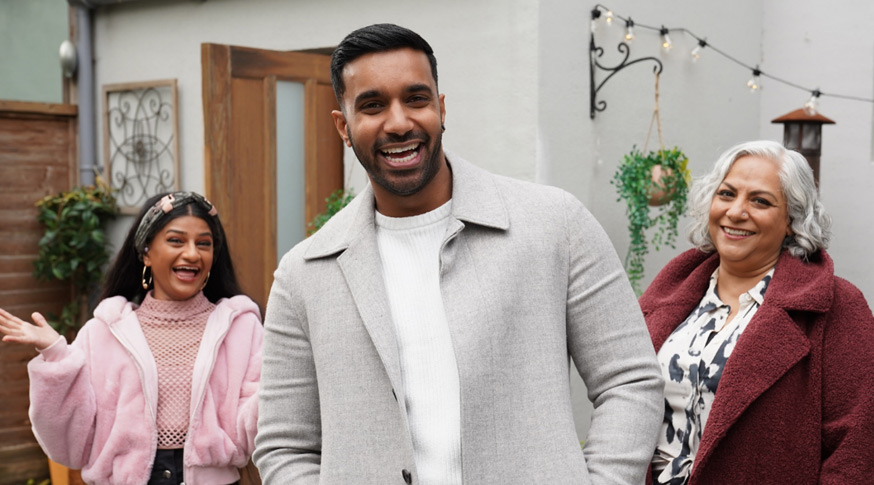 Is this bye forever or for now?

“I don’t want to say this is goodbye forever because we never know what the future might hold but I feel like he’s left at a good time. We’ve seen him go full circle. He came to the village looking for revenge and was a bit of a villain at the beginning and we’ve kind of seen the real Sami and his soft side has come through. He acted as the dad of the family looking out for his younger siblings and they’re growing up now and they’re not kids anymore. He’ll always be there but he doesn’t need to be there every day.”

How would you like the fans to remember Sami?

“I would like the fans to remember Sami as someone who always had good intentions and always put people first, a real family man that was quite protective over his family and had so much love to give, whether that was to his family or his girlfriends, he was a person who put everyone else in front of him and was willing to do anything for the people he loved. Even at the beginning when he came in and he was having his revenge on James, he was the kind of person who always believed he was doing the right thing. We all know he did cross the line a couple of times and I think that’s what gave Sami a bit of an edge. We knew he was a nice lovely guy but if you got on the wrong side of him he could snap and I really enjoyed playing that.”

Where is Sami going and what do you hope for his future?

“Sami has left the village for a job at a bigger law firm in London. Sami grew up in London, he grew up as a kid away from the Maaliks which is why he has a London accent, and in a way he’s going back home where he was brought up so I’m sure he has lots of friends and people that he knows there but lets just hope he finally finds someone and gets married because he’s been quite unlucky with women. The relationships have always kind of faltered for some crazy reasons so I’m hoping away from the village he has more of a settled calmed down life.”

How do you think Sami would feel if Shaq and Verity finally got together?

“We know that Sami gave Shaq and Verity his blessing before he left but I think he was in love with Verity, he thought he was going to have a kid with her and they were planning to move away together. Sami’s a real loving person and wants other people to be happy. I think if they did get together it would probably kill him a little bit on the inside but with time I’m sure he would be okay with that and he would just want Shaq and Verity to be happy and if that means them being together then so be it.” 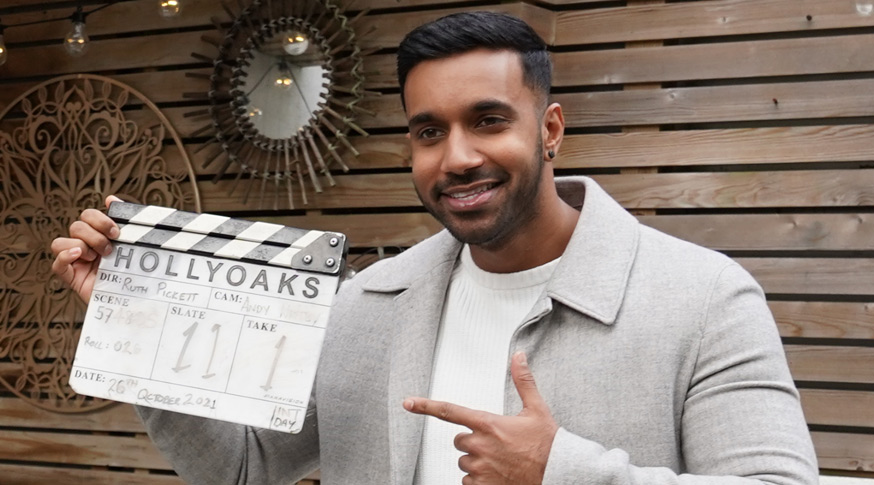