Join a set of legendary songwriters as they discuss their creative processes and the inspirations behind their work.

Each episode features four exclusive performances, alongside intimate original interviews with the subject. The wide range of artists featured results in an authoritative, fascinating and entertaining series – but the presenter-less format also allows each individual, hour-long film to reflect the songwriter’s unique personality, as they explain their work and passion in their own words.

In this brand new series, Kate Humble walks eight beautiful and historic stretches of the British coast, along routes that can be done in a day or a weekend.

All of Kate’s walks follow established National Trails, including the east and west coasts of Scotland, two very different coastlines in stunning north Wales, iconic stretches of Kent and Sussex, a hidden corner of Northumberland and a beautiful wintry walk around the south-western tip of the Isle of Wight.

Along the way, Kate meets the people who live and work nearby, while discovering the history, geology and natural history that have shaped some of the most beautiful coastlines in the world. On Holyhead Island in north-west Wales, Kate discovers one of her favourite rare birds and Britain’s longest breakwater — a 1.7-mile-long feat of Victorian engineering.

In the third and final instalment of this spellbinding adaptation of Deborah Harkness’ All Souls Trilogy, vampire Matthew (Matthew Goode) and witch Diana (Teresa Palmer) return from 1590 to find tragedy at Sept-Tours.

They must find the missing pages from the Book of Life and the Book itself before it’s too late, but a monster from Matthew’s past is lying in wait for his return.

In the opening episode, Matthew and Diana return from Elizabethan London to discover a chaotic scene. Peter Knox’s attack has left Em dead and Sept-Tours in shock. But amongst the darkness comes unexpected news – Diana is carrying twins.

In a three-part series for BBC Two, Monty Don travels to Europe and explores the influence of the Venetians – from their home city down the Adriatic coast, through Croatia and on to Greece. From visiting a range of public and private gardens, Monty learns about the impact that history, climate change and culture have had on the people who live there.

In the first programme he adopts a special form of transport, exploring Venice by barge and stepping out to visit green spaces large and small, often hidden from view behind high walls.

He is invited in to see wonderful gardens along the Grand Canal, as well as meeting those who have managed to create a productive garden on a disused rubbish dump behind one of the city’s famous churches. He also samples wine grown in vineyards inside the city limits, as well as visiting a restored public garden with a secret passageway, leading to one of the world’s most famous squares – St Mark’s. 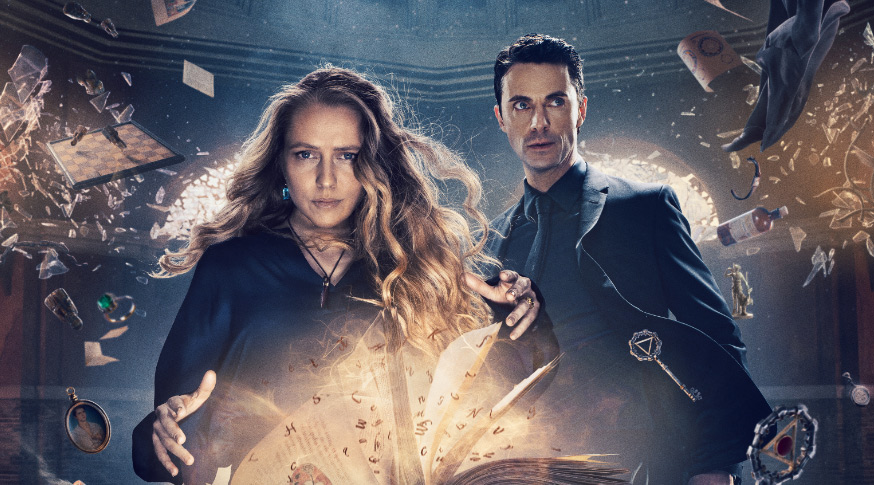