Skip to content
Highlights Pick of the Plots
Mike Watkins

The latest goings on in Leatherbridge and Holby.

This week there’s some right odd behaviour when Rash deals with two brothers who are brought in after a fall, one of whom is convinced he saw an alien.

Elsewhere, in less strange circumstances, Faith feels judged when Stevie discovers that she has not slept with any of the men she’s been seeing, and reacts by propositioning a man in the bar. Also this week Ethan is terrified when an ill Bodhi is brought in by his grandparents and clashes with Matthew as Bodhi’s doctor.

This week you’ll spot Nick Cochrane as Kenny Coles, Nick of course is best-known to TV viewers as Andy McDonald in Coronation Street.

Emma blanks Zara which doesn’t go unnoticed by Al who delights in teasing them about the frozen atmosphere. Jimmi spots Daniel is also off-kilter and Daniel tells him about the Rowena Mitchell case before asking him to review her file.

Hazeem tries to squirm out of a careers chat with Bear but when he realises the alternative is spending the day with Daisha, he agrees. Ruhma offers to go shopping with Daisha instead and they have a lovely day bonding. Emma slinks off to her radio show before Zara can nab her for her PDR. On air, Emma gets a call from an anonymous caller who complains about being patronised by doctors over period pains. Emma starts to vent about male doctors patronising patients and female doctors. As she warms to her theme, an incensed Zara listens in.

At Ruhma’s Daisha is caught again between her warring parents, playing peacemaker on the phone. Ruhma’s heart goes out to her, and she misses that Hazeem clearly has something on his mind. Hazeem, seeing Ruhma and Daisha growing closer, quails from having the big conversation with Daisha. Daisha asks Ruhma to reach out to her mother, to let her stay with Hazeem and Ruhma for longer. Ruhma speaks to her mother, and Daisha is happy, even more at home than before.

Also this week in a B&B, Josh Coles wakes his hungover dad, Kenny Coles and reveals that he’d driven them to Letherbridge. Kenny demands that Josh pack to leave. Josh refuses, they are almost out of money and there’s a big university here. Kenny agrees to one quick job.

Rob is on his way to the University, warning Barry to watch out for a pair of bike thieves who match their description. Josh steals one bike and against Kenny’s advice goes back for another more expensive one. Rob sees him and he is caught. Kenny arrives too late to save him and returns back to the B&B with a bottle of vodka…

As Fletch’s faith in Holby is dented, his job offer from St James’ becomes increasingly alluring. It looks like Fletch may really leave the hospital for good. Also when Hanssen discovers Billie’s secret, she promises she’ll tell her father the truth soon. A torn Hanssen feels compromised – is he doing the right thing by keeping such big news from Russ?

Nicky reaches a breaking point with Juliet, however, turning to Amelia for support may not really help the situation… 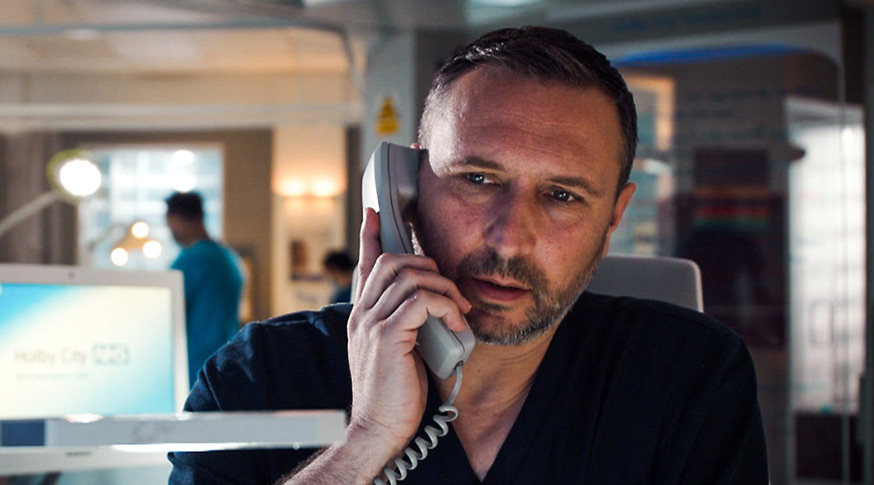