It’s the second, and final, episode of this reflection on crimes that disgusted the UK in the late 1970s and early 80s. For the first time on television the Yorkshire Ripper: The Secret Murders links more than 20 unsolved murders and attempted murders to Peter Sutcliffe.  Through a thorough re-examining of evidence in several cases, including interviews with victims’ relatives, many speaking on television for the first time, as well as leading experts, the series places these events within the timeline of Sutcliffe’s confirmed crimes and MO, and asks why he has never been considered a suspect.

Tonight the programme shows the pressure continuing to build on West Yorkshire Police as they step up the hunt for the killer the press have dubbed the Yorkshire Ripper. On top of the crimes that police decide to include in the Ripper investigation, murders and attempted murders with a clear link to the killer are discarded and left unsolved.

When a series of mysterious letters and tapes are received by the senior detectives, the investigation is derailed even further, allowing the Ripper to go on killing. Meanwhile, a third innocent man is sent to prison for life.

Having escaped from her native Australia, Sammy’s (Sarah Kendall) situation is barely improved.

Now living in a tiny London flat while frantically trying to prove that her lawyer (Robert Webb) has stolen her house, she’s barely able to make ends meet working in ‘exhaust management’ (read: working as a secretary in a muffler repair shop).

Series two finds Sammy desperate to find a way to reclaim her opulent London life, while keeping her kids far away from Australia and hiding the truth about what happened to their neighbour.

A look back at some classic dates from the show, and some mishaps with meet-ups that didn’t quite go to plan.

Freddie is a 27-year-old charity worker with a unique sense of humour and a lot of nerves as he meets 22-year-old fashion buyer Rebecca. Joey from Essex meets Lydia from Bolton. Joey is taken aback that Lydia doesn’t know who he is.

Can he win her heart without using his fame? Incurable romantic Tim keeps getting stuck in the friend zone with women. Sarah doesn’t want another ‘cringe’ date. What will she make of Tim’s ad-lib limerick over dinner? There’s also Junior and personal shopper Mark, who’s looking for something wholesome.

Twins Rebecca and Stephen live on top of a hill, in the middle of nowhere, and are very inexperienced when it comes to dating. Rebecca had to ‘Google how to flirt’. Will it be enough to entice engineer Kristian?

Tonight Channel 5 go inside a factory to discover how one of the most luxurious caravans is constructed, in the second episode of this caravan series.

Host Gemma Hunt heads to Sandbanks to try out the delights of one of the most expensive static caravans in the UK to see what bang you get for your buck. There is also a look inside the caravan repair shop to see the most common areas of damage for mobile homes and how to fix them.

Paddleboarding retirees Sandra and David check out one of the coolest VW campervans to see if it can keep up with their active lifestyle while caravanners Stephen and Karla show how disability doesn’t get in the way of their love of outdoor travel and show how they’ve converted their own caravan to meet their needs.

Gemma checks out one of the most glamourous sites in northern Spain and samples the delights of camping Costa Blanca style. Intrepid duo Dougal the dog and his copilot and Airstream enthusiast Andrew visit Brighton to check out its dog-friendly places.

Retiree and first-time caravan driver Marcia learns how to tow a caravan in a bid to become a fully-fledged future caravanner. And the show analyses the latest must-have motorhomes from one of the cheapest to the top-of-the-range.

Morgan Freeman is stepping behind bars and bringing to life the most incredible real-life prison breaks from history in a brand new eight-part series.

Great Escapes delivers an in-depth look into eight cases of renowned breakouts from some of history’s toughest prisons. Stories explored include the death-defying escape from Alcatraz; how cell mates escaped the fortress of Dannemora prison as well as characters such as Narco criminal El Chapo and the ‘Pittsburgh Six’ who tunnelled their way to freedom.

Also featuring in the series is the World War II jailbreak from the Stalag Luft III Prisoner of War camp, on which the iconic ‘The Great Escape’ movie is based; the UK’s biggest ever prison break in which IRA members broke out of Belfast Prison known as ‘The Maze’, and the story of escape artist James Earl Ray, who was convicted of the assassination of Martin Luther King Jnr.

The series unearths the notorious protagonists and follows the unthinkable escapes moment by moment. 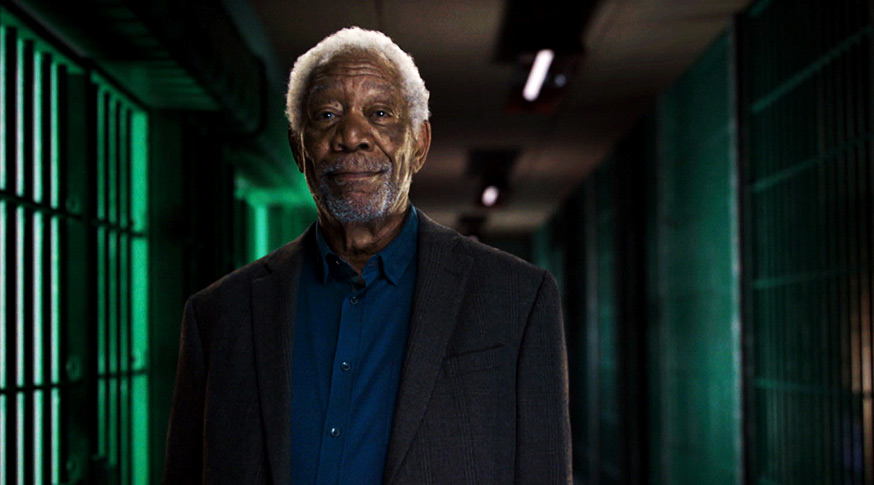