Monday: Stevie and his two dads come together to do the DNA test to finally get the result. Adding to the emotions of the day, Scarlett is stunned when Andrew reveals a ring box and pops the question – will she be his girlfriend? Overjoyed, Scarlett says yes – but she quickly discovers she’s also the object of Sam’s affections too. Desperate for the DNA test to favour him, Sam confides in Sonny and his anxiety and self-doubt grows. As Stevie, Sam and Andrew prepare to take the all-important test, Sam panics and leaves.

Elsewhere, Ellie tells Ruby how disappointed she is about the failed surrogacy and drops a bombshell: Caitlin and Ash are sleeping together. Shocked, Ruby confronts her mum, demanding to know what’s going on between her parents. Feeling unwell, Caitlin seeks medical advice from Dr Gillian, who believes she’s showing signs of perimenopause. This means her chances of getting pregnant as slim to nil. Stunned by the news, Caitlin realises it’s also a chance to reconnect with Ellie again.

It’s Angus’ birthday and Bob goes all-out to compensate for Rebecca not being there. There’s a surprise in store when Angus unravels Bob and Roisin’s secret relationship and confronts his best mate for the truth.

Wednesday: After discovering Sam’s done a runner, Stevie goes looking for his would-be dad. Sam slowly opens up about his anxieties surrounding the DNA test: to him, he already feels like he’s Stevie’s dad and would be devastated to discover he’s not. Stevie reassures him that no matter what the results are, they are in each other’s lives now. As they come together again to do the test, Andrew can’t help but notice how similar Sam and Stevie are, and wonders whether the odds are stacked against him.

Ruby tells Maggie she worries Caitlin and Ash are a bad mix and are far from happy that her parents are close again. Maggie urges her to talk to Caitlin, who reassures her it’s nothing serious – and reveals she’s more concerned about being perimenopausal. Later, Caitlin opens up to Ellie about her diagnosis. She tries to make Ellie see that not going through with the surrogacy was for the best but is stung by her sister’s furious reaction. The divide between the siblings grows deeper.

Increasingly desperate, Ellie sets her sights on a new surrogate – her niece, Ruby. However, Maggie is shocked by the idea and urges her daughter to stay silent. Angus does his best to make Bob and Roisin go public with their secret relationship. Despite Bob’s assurances, he’s happy with the arrangement, and Angus senses he wants more.

River City, BBC Scotland Channel, Monday and Wednesday, 10 pm. Repeated on BBC One Scotland on Tuesdays and Thursdays at 7 pm. 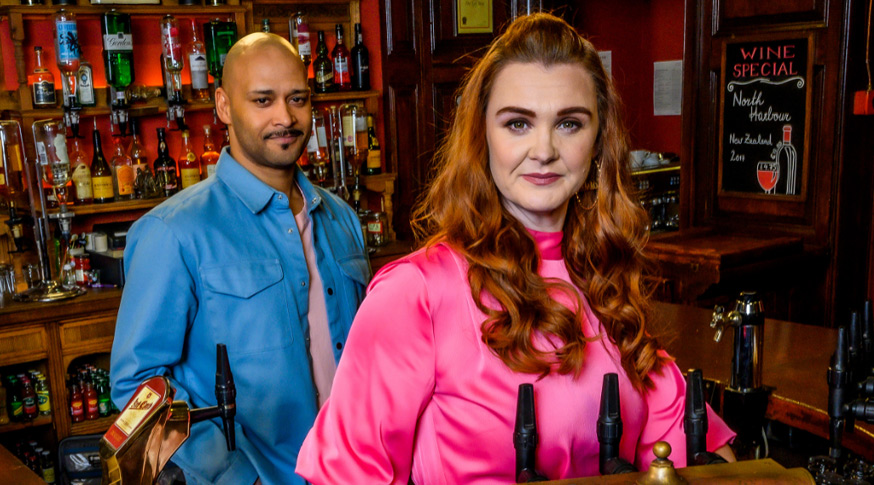