Narrated by Miriam Margolyes, women of all ages reveal how they’ve taken inspiration from Anne Lister.

“It has been so exciting to hear the positive impact that the story of Anne Lister has had on so many people around the world. This life- affirming film celebrates finding the confidence to make changes in our lives, whatever our age.”

Described by the Beeb as an ‘uplifting documentary’ Gentleman Jack Changed My Life, follows British women of all ages who’ve taken inspiration from Anne Lister, the 19th century, real-life lesbian at the centre of the drama, with dramatic results. That includes coming out to themselves, to their children, their parents and grandparents.

Anne’s courage to love a woman, and live openly with her, is inspiring women all over the world to embark on their own journeys of self-discovery. Fan groups and forums have sprung up to celebrate Yorkshire landowner Anne Lister and the drama series Gentleman Jack.

In her 60s, Yvonne only realised she was gay when she watched the TV show. She’s been a Mormon all her adult life but is now in conflict with her faith after discovering her true sexuality. According to Mormon doctrine, acting on her feelings is a sin. While she works out what to do about her faith, we follow Yvonne as she determines to come out to her grown up children. 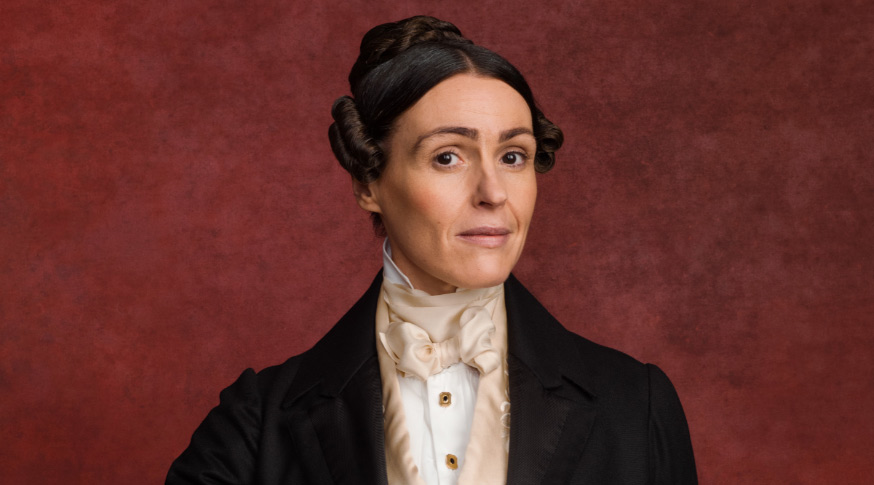 In Manchester, Sami tried to come out to her mum 10 years ago but went straight back in the closet after a hostile response. The portrayal of Anne Lister in the drama gives Sami the confidence to try again and to heal the rift with her mum.

Pauline and Trixie are in their 80s. Despite enjoying a long-term relationship in their 20s, they parted 35 years ago, because they felt it was impossible for them to live openly as a lesbian couple. Having watched Gentleman Jack, Pauline was spurred into action to track Trixie down.

Chichi, 22, came out to her parents after watching the series. Now she’s getting ready to reveal to her grandparents that she is gay.

Active church-goers Isabel and Katie sing in their church choir every weekend for services and weddings. Seeing Anne Lister and her lover Ann Walker take communion in the drama, they are inspired to fight for the dream religious wedding the Church of England is still denying them.

These compelling stories are interwoven with behind-the-scenes footage of the second series of Gentlemen Jack. There are insights from the drama’s stars, Suranne Jones and Sophie Rundle, and writer Sally Wainwright.