The seventh series of SAS: Who Dares Wins, came to a close last night with Chief Instructor Rudy Reyes will announcing that Shylla and Paige were the two recruits to pass the selection course, deep in the Jordanian desert.

On announcing that Shylla and Paige had passed, Rudy said:

“what you need to pass this course – the strength, grit, resilience and the spirit to drive on, you have all excelled..”  He added that Paige and Shylla “could fall in with us on operation and win the day…in the beginning you may look at a recruit and on the surface they seem to not possess the attributes of leadership, the strength. It’s not the size of the dog in the fight, it’s the size of the fight in the dog.  It all comes down to an undying passion to be the best.” 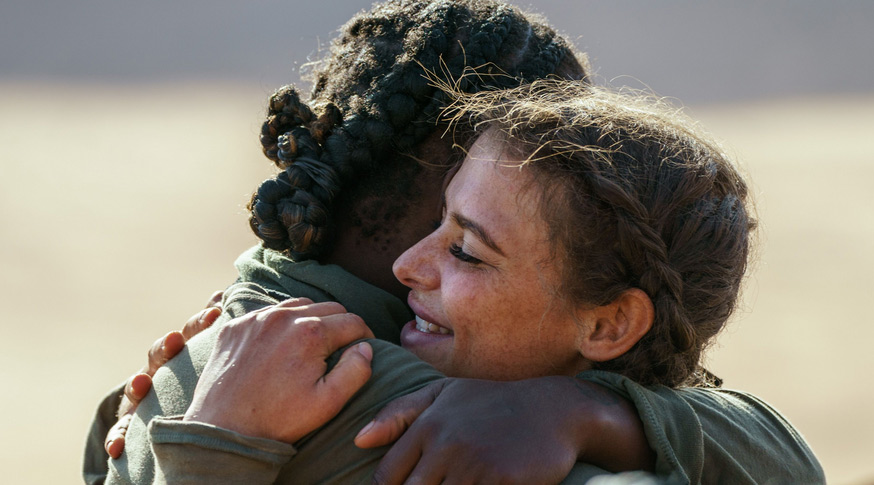 Paige, congratulations. How was it to pass selection?

I cannot believe it. I literally feel amazing for it.

What was selection like? What was the worst part of selection?

Selection was absolutely disgusting but after every task, you felt like a sense of achievement and that you had developed way more than you ever could. There were two main points for me – the massive sand dune, because at that point, you had to focus on yourself a lot. And then there was obviously interrogation, which was absolutely horrific. You’re sat with your own mind a lot going in circles knowing that you could just leave at any point, depending on whether you wanted it that much or not. And I did.

Tell me why you did this selection?

I did selection because I knew there was some kind of mental resilience within me and I didn’t know how to channel that or how much was there that I could push further and further forward. And with that obviously developing and becoming better and believing in myself more and mainly as well, show my children that anything can be achieved as well.

Shylla, how does it feel to a past selection?

It’s difficult to put into words, as it hasn’t sunk in yet. I feel proud and amazing that I’ve got this far. I got to the end, the very end, which is incredible. And I never thought I’d get that far.

Talk me through the kind of the process and how you felt during that time.  Did you feel up and down that it wasn’t going well to begin with?

When I first started, I was like, get through day one, take each day as it comes. So for me, I was more in just taking each day as it came. So my first challenge was day one get through that and then the next day came and it was more like, I just have to think about putting one foot in front the other, just taking each step and conquering that and not thinking of the end goal of whatever task we were set.

Why do you think you got to the final?

I think I got to the final because I was proving something to myself. I didn’t believe I would do well but I made sure I didn’t stop or give up.  I’ve always been my worst enemy and championed myself. I wanted to prove myself and push past my fears, my own self beliefs and negative talk and actually prove how mentally strong I am because I struggle with my mental health in general. I also wanted prove I am good enough and stronger than I give myself credit for and I really wanted to see how well I could do in interrogation.