Alan accompanied host Carol Vorderman in the studio, while Jackie joined the conversation from her home in Australia.

On filming the final ever episode, which will air later this month, Jackie revealed,

“I cannot tell you how emotional it was. The challenge for all of us filming that very last episode was that the scene is actually a very joyful, happy scene, but we were all feeling so emotional. We were like a second away from tears the whole time. So it was a huge acting challenge to not bring our own sadness and emotional context into the scene because as I say, it was a happy thing. But I was thrilled to be given that opportunity to kind of narrate that last scene.”

Of Jason Donovan and Kylie Minogue reprising their iconic roles as Scott and Charlene for the swansong, Alan said it had been “wonderful to see them”.  He added of the other returning stars set to feature:

“I loved seeing Guy Pearce [Mike Young] as well, Peter O’Brien [Shane Ramsay]- so many people came back. They all said to me that they were delighted to come back because they have such gratitude towards Neighbours. They recognise the fact that Neighbours helped to train them and gave them huge success in the industry. So they all just said, ‘Yep, of course we’ll come back’, which is fabulous.” 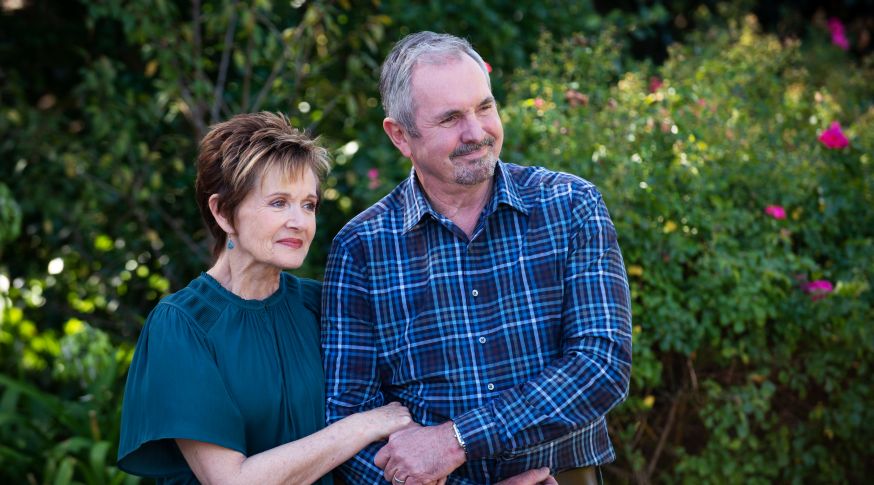 Carol then oversaw a Neighbours-themed quiz with the pair, discussing iconic moments like Bouncer’s Dream, plus Harold Bishop being washed away and returning with no memory.

Jackie laughed, “It’s quite a common complaint in Erinsborough, amnesia!”

In February Channel 5, the UK broadcaster for the soap announced it would no longer be funding the majority of the production to enable more dramas on the network. Production company Fremantle and broadcaster 10 Peach were unable to secure the funds from another broadcaster or streaming service, leading to the show’s cancellation after 37 years.

Neighbours originally aired on BBC One in the UK between 1986 and 2008, before Channel 5 bought the rights to the show to make an ‘Aussie Soap Hour‘ having previously gained the rights to Seven Network’s Home and Away, in 2000, which had aired on ITV since 1989. It joined the network’s line-up in 2001.

The interview with Alan and Jackie is available to watch on the ITV Hub. Lorraine airs weekdays from 9am on ITV, STV and UTV.