I am delighted that some of Max Varnel’s work has surfaced on DVD; he enjoyed a remarkable career as a director of feature films and television drama in both Britain and Australia.

Max Varnel was born Max le Bozec in France, but grew up in Britain where his father Marcel Varnel was one of the greatest directors of British comedy films during the 1930s and 1940s.

Moviemaking was in the blood and Max would begin his career as an uncredited third assistant director on the 1949 classic Dear Mr Prohack starring Dirk Bogarde. He gradually worked his way up the ranks and by the following year was an uncredited second assistant director on Golden Salamander directed by Ronald Neame and starring Trevor Howard. He continued as a second unit director on movies such as Pickup Alley, High Flight starring Ray Milland, The Detective with Alec Guinness, and The Magic Box directed by John Boulting and starring Richard Attenborough. He was hired as a unit manager on the Alan Ladd classic Hell Below Zero, as a production supervisor on the movie Safari with Victor Mature and Janet Leigh, and as an assistant director on The Cockleshell Heroes.

In 1956 Irving Allen and Albert R. Broccoli engaged Max as a producer on the African frontier adventure Odongo starring Macdonald Carey, and then gave him the opportunity to work alongside director Nigel Patrick as an uncredited associate director on How to Marry a Rich Uncle, amongst the cast was a young Michael Caine.

The breaks kept coming and in 1958 Max made his television directorial debut with the adventure series White Hunter which starred Rhodes Reason as a big game hunter in Africa. 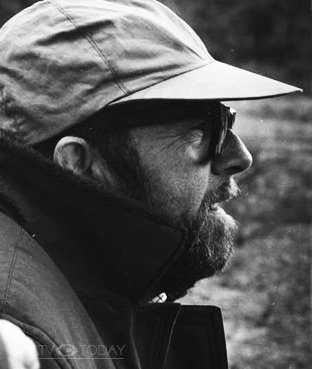 Some years previously he had worked as an assistant director on Devil Girl from Mars, a movie produced by the American brothers Harry Lee and Edward J Danziger who were prolific independent producers of feature films and television series in England during the 1950s and 1960s. Max would become reacquainted with them in 1958 when he directed their movie Moment of Indiscretion starring Ronald Howard.

He would go on to direct numerous Danziger Brothers feature films including A Woman Possessed with camera direction by Nicolas Roeg, the courtroom murder drama Links of Justice, Great Van Robbery, and The Child and the Killer which involved a psychopathic army deserter befriending a young boy. Other compelling Danziger movies which Max directed included Web of Suspicion in which a school teacher is accused of murdering a pupil, No Safety Ahead, Crash Drive in which a racing car driver is told that he will be crippled for life, Sentenced for Life, Top Floor Girl, and Return of a Stranger.

Max directed the comedy movie A Taste of Money starring Dick Emery, Fate Takes a Hand starring Noel Trevarthen and Ronald Howard, and the comedy Part-Time Wife. One of his most memorable Danziger Brothers movies was the wartime drama The Silent Invasion which involved an attack on a German garrison by the French Resistance.

Amongst the Danziger television series which Max directed were Interpol Calling, The Man from Interpol, and countless editions of Sabre of London which followed the one armed detective Mark Sabre (Donald Gray). He directed an episode of The Edgar Wallace Mysteries called The Rivals, and directed multiple editions of The Cheaters which focussed on the investigations of an insurance agent.

During this period Max had primarily been under the employ of the Danziger Brothers but in 1959 he headed to Brighton for Four Seasons Productions to direct the pilot for a proposed television series based on the adventures of the highwayman Dick Turpin, unfortunately the series was never commissioned. In 1962 he relocated to the Ardmore Studios in Ireland to direct four movies for the brothers Bill and Michael Luckwell. The films in question were Enter Inspector Duval, A Guy Named Caesar, A Question of Suspense and Murder in Eden.

Back in England, Max would find himself adapting and directing the film version of the stage comedy Mrs Gibbons’ Boys, the movie was produced by Henry Halstead. Starring Diana Dors, Lionel Jeffries, John Le Mesurier and Dick Emery, the plot revolved around a widow who had finally found happiness again only for her world to fall apart when her sons escaped from prison.

In 1964 Max joined the BBC as a director of television drama. He worked on Z Cars, Softly Softly, the crime drama Vendetta which explored one man’s fight against the Mafia, and Sherlock Holmes. Max directed episodes of Maigret which involved location scenes being filmed in France, and worked on Kipling – The Indian Stories of Rudyard Kipling. He also directed episodes of Mogul and the follow on series The Troubleshooters which featured power and intrigue in the oil business and the ongoing exploits of the globe-trotting Australian field agent Peter Thornton (played by Ray Barrett).

It was to be all change in 1966 when producer John McCallum convinced Max to relocate to Australia to direct a new children’s television series called Skippy: The Bush Kangaroo. Even though Australian television was still in black and white, the programme would be recorded on colour film to maximise overseas sales. Max was inspired by the beauty of the Australian bush and showcased this with panoramic wide shots; this without question gave the series even greater appeal to overseas audiences. Skippy was a worldwide hit and Max liked Australia so much that he decided to stay.

He went on to direct The Rovers, a series which followed the exploits of the crew and passengers of a schooner called The Pacific Lady. He worked on Mende Brown’s anthology series The Evil Touch, and directed the Cash-Harmon telemovie McManus M.P.B. which was based around the adventures of the Missing Persons Bureau. Max also wrote, directed and co-produced with Charles E. Wolnizer, a pilot for a children’s television series called Tyrone. The plot involved a sword fighting boy living in Britain during the Middle Ages, unfortunately it was never picked up by a broadcaster. 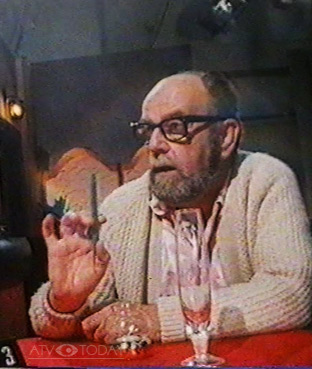 Then began a long association with the Reg Grundy Organization where Max directed King’s Men which followed a squad of young undercover cops in the seedy Kings Cross red light district, and Case for the Defence which was Australia’s first 90 minute television drama series. He also directed episodes of Glenview High and was appointed associate producer of this series which followed a group of young people as they prepared to leave their school years behind them.

In 1976 The Young Doctors hit our screens and would prove a huge success all over the world. The series followed the lives and loves of the staff and patients of the Albert Memorial Hospital and Max would remain a director on the programme throughout its entire ground-breaking run. He directed many hundreds of episodes and was an inspiration to the younger cast members, he was always on hand to offer them guidance and advice.

Max directed several other productions for the Grundy Organization including the children’s series Secret Valley, and the long running serial Neighbours. Sadly we lost Max in 1996 but his remarkable body of work lives on.

Some of Max Varnel’s work is available on DVD. Part-Time Wife, Interpol Calling, and The Edgar Wallace Mysteries are all available from Network DVD. Return of a Stranger, The Silent Invasion, and Fate Takes A Hand have been released by Pegasus Entertainment and can be ordered from Amazon.

Sherlock Holmes is available from the British Film Institute. The complete series of Skippy and a selection of episodes of The Young Doctors can be purchased from Umbrella Entertainment.

The Danziger Crime Series DVD will be released on 27th June and boasts two classic episodes of Saber of London directed by Max; this can be pre-ordered now from Amazon.