The bright-white, super-short and revealing briefs, sported by hunky male icons such as David Beckham and David Gandy, have officially been voted as Britain’s number one choice – but only if they’re brilliantly bright white in colour, according to a study by cleaning and laundry experts Dr. Beckmann.

The research found that an overwhelming 51% of people said the Tighty Whitie is the most attractive type of undies. Almost 6 out of 10 women and more than 4 out of 10 men said they prefer the iconic tiny undies, as long as they’re bright white, to any other kind of male underwear. The nation chose Tighty Whities above boxer shorts, boxer briefs, trunks, long johns and jockstraps.

Dr. Beckmann even tested the theory that Tighty Whities are the most attractive undies on shoppers. As the experts took to the streets of Manchester, once lockdown restrictions had eased, to discover first-hand what type of underwear is considered the nation’s favourite. 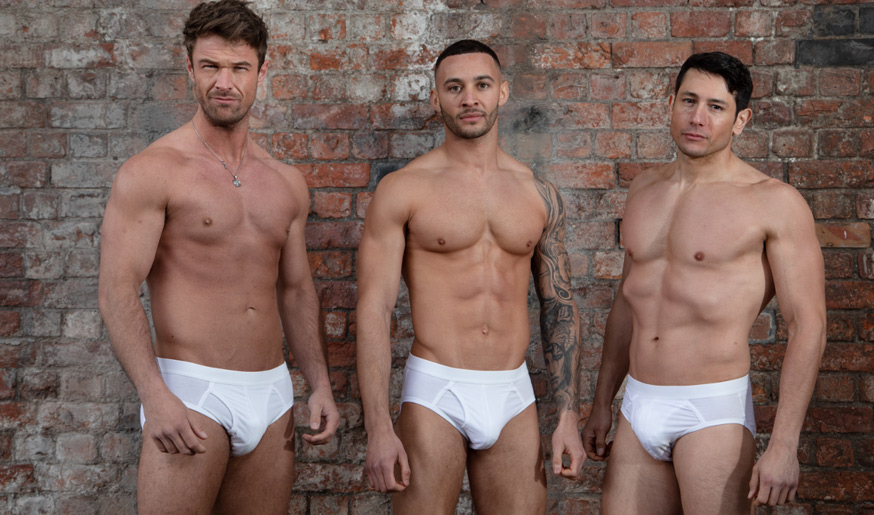 Manchester city centre was treated to an eye-popping display of male models sporting a selection of various types of classic male underwear, as members of the public were asked to give their honest opinion on which style they preferred and why. Tighty Whities came out top once again – with 6 out of 10 of those quizzed choosing the iconic undies as their favourite. The street experiment also revealed that the snug briefs won’t pass muster unless they are crisp, sparkling and brilliant white (no room for faded greys with the Great British public).

As lockdown restrictions lift and single Brits look forward to going out on proper dates again, the best-looking underwear is, according to those quizzed on the streets of Manchester, a staple requirement for singletons setting out to meet their match.

“After over a year of restrictions and virtual interactions, we were so excited to venture outdoors and safely interact with the public to hear what they had to say about their preferred type of underwear. It’s quite clear the nation holds Tighty Whities close to its heart. There’s a lot of love for the pants out on the streets, as both our survey and street vox pops have shown. Our models got plenty of attention too, as you can imagine.

“Hearing people’s preferences and thoughts was a fun and fantastic way to gauge what people really like when it comes to underwear and laundry in general, and it allows us at Dr. Beckmann to see how products like our Glowhite is succeeding in keeping the nation’s whites gleaming as well as the nation’s faces beaming.”

The iconic Tighty Whitie is famed for its flattering qualities but maintaining the gleam of fresh white underwear isn’t always easy. wardrobe whites will be shining bright and as good as new for years to come. By using a specialist fabric whitener, such as Dr. Beckmann’s Glowhite, the UK’s white laundry will be shining bright.

Giggle and snort with Peppa Pig at SEA LIFE centres…