It’s the end of an era for Emmerdale.

“For the past 22 years I have loved playing Diane Sugden – she’s kind, reliable and fiercely loyal. However, I now feel the time has come to say goodbye. Emmerdale will always remain special to me. I’ve been treated with respect and kindness and I’ve had the very best friends and colleagues, both past and present. I’ll miss everyone dearly.” – Elizabeth Estensen

Her character Diane has been at the heart of village life for all these years. Diane has been married and widowed, and at the helm as landlady of the Woolpack for seventeen years. Past storylines have seen her ripped off by her conman lover Charlie and stabbed in the dark by Chas Dingle. Throughout all this, Diane has been a supportive mother, sister, stepmother and grandmother to her fictional family.

Diane has undergone treatment for cancer twice and has been trapped at gunpoint in a siege.  She was lost in a mirror maze which ultimately killed her sister Val, and more recently helped ex-lover Eric Pollard run the village B&B. After such an action-packed life in the village, Diane will soon be packing her suitcases and heading off to warmer climes leaving her life in the village behind her.

The character of Diane Blackstock was first seen in the Yorkshire Television production back in November 1999, joining her daughter Bernice Blackstock (Samantha Giles) in the village. Later former husband and wayward father Rodney Blackstock (Patrick Mower) arrived in the village and attempted to build bridges. While Bernice was more than happy to give her father a chance, Diane wasn’t so keen. The family was later completed with the arrival of Rodney’s daughter, to a different mother, Nicola (Nicola Wheeler). Diane later became a member of one of ‘the’ Emmerdale family when she married Jack Sugden in 2004.

Although Liz has filmed her final scenes she will be on screen for a number of weeks, ITV Studios have confirmed.

“For 22 years, Liz has shone through the screen and into our living rooms as the natural heart and centre of the Sugden family. It’s a role she has made so totally her own, bringing compassion, humour and credibility to her portrayal of Diane. Whenever she’s on screen, as a viewer, you just let out a contented sigh and say to yourself ‘The Queen is on her throne and all is well with the world’. And off screen, you don’t get to stay in a soap that long unless you are a truly professional actor and really, really lovely person. Liz is both.” – John Whiston Managing Director of Continuing Drama and Head of ITV in the North

As well as Emmerdale Elizabeth is also fondly remembered by Children’s ITV viewers as Tallulah-Bag in T-Bag from 1985 to 1989 and for those with long memories as Carol Boswell in BBC One sitcom The Liver Birds. Elizabeth has also popped up in fellow ITV soap Coronation Street, BBC One medical saga Casualty, Thames TV’s cop drama The Bill and BBC One sitcom Last of the Summer Wine to name just a few. 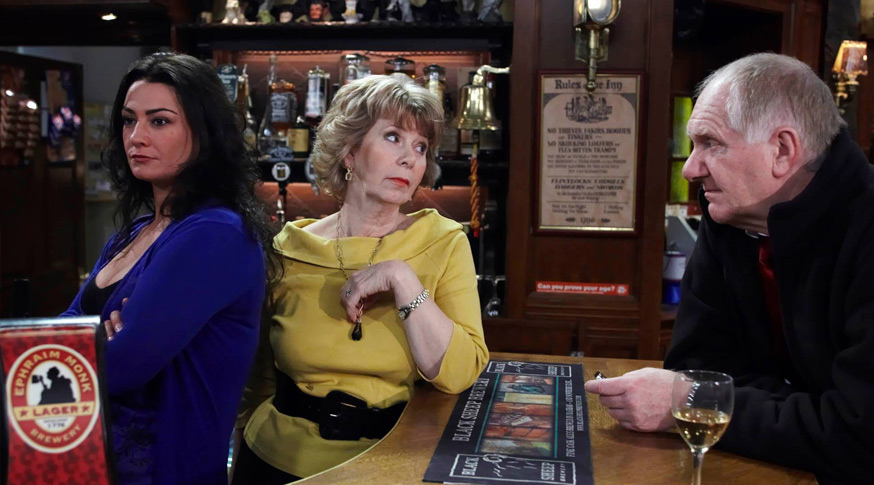 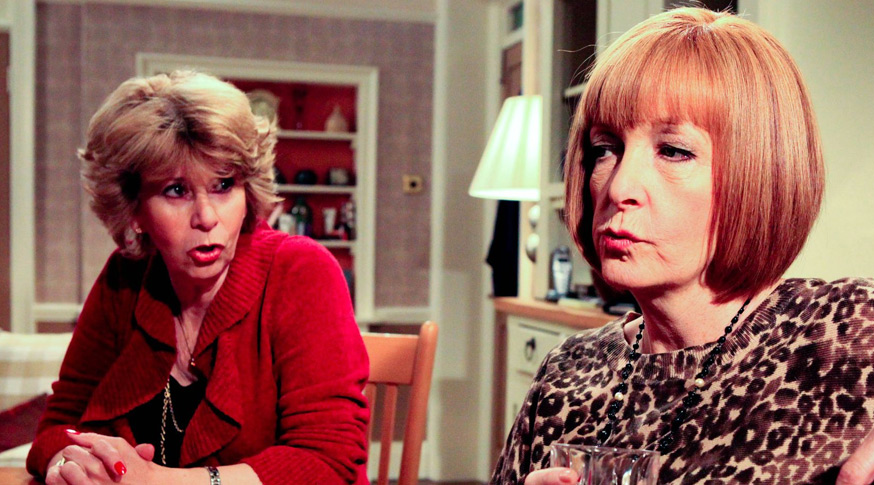 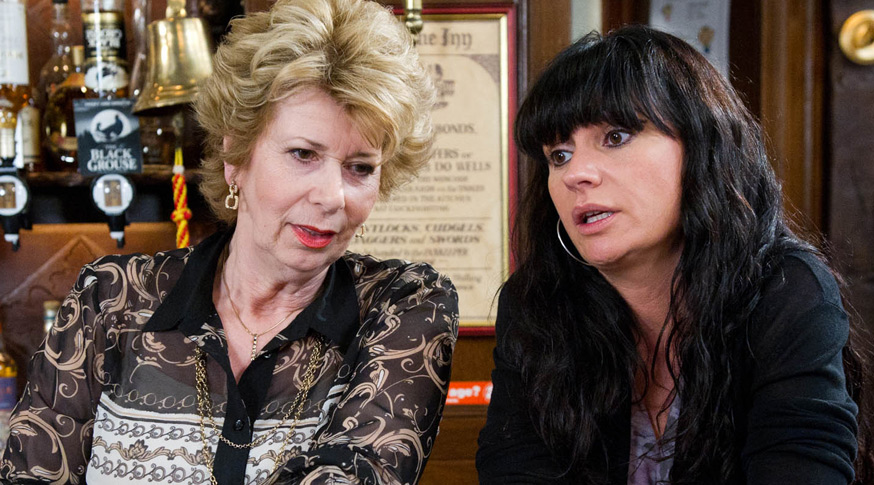 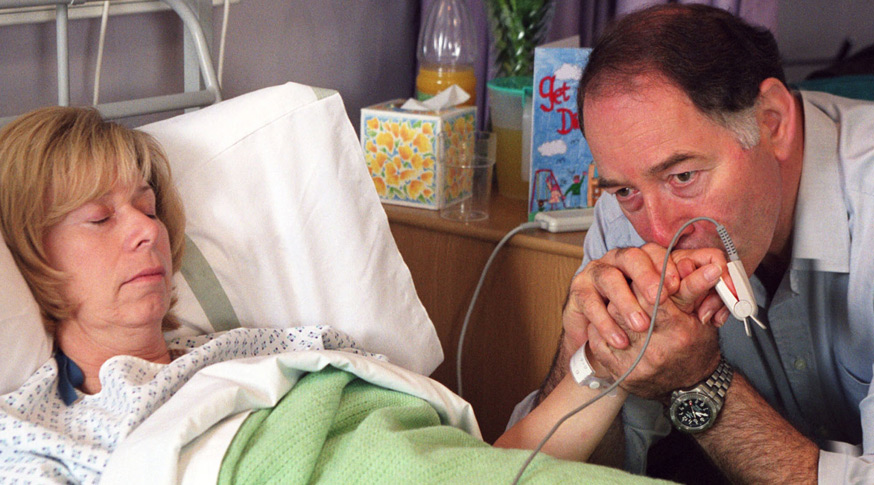 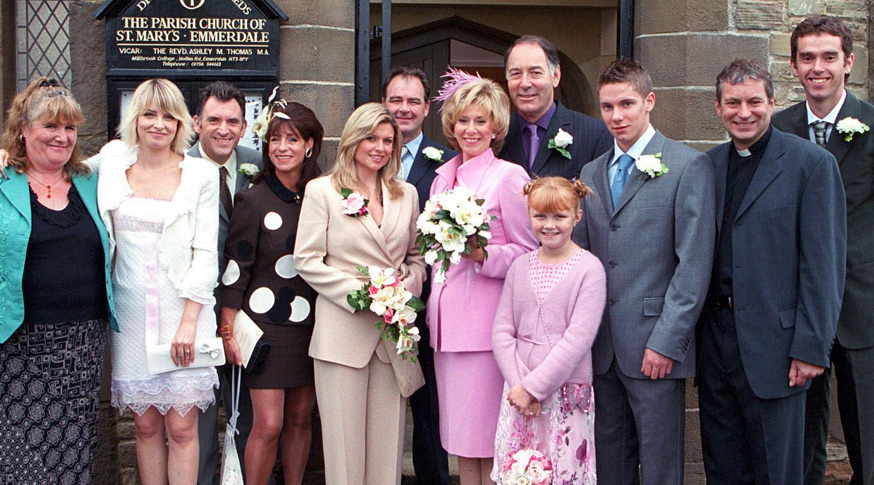 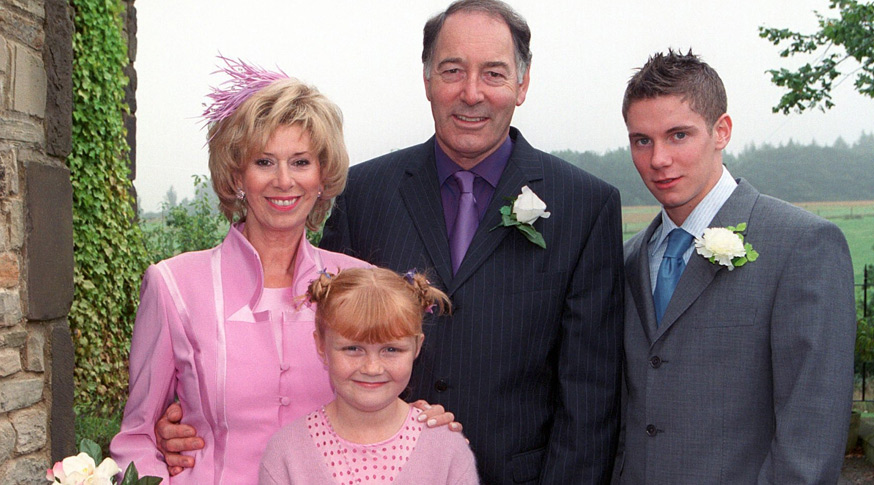 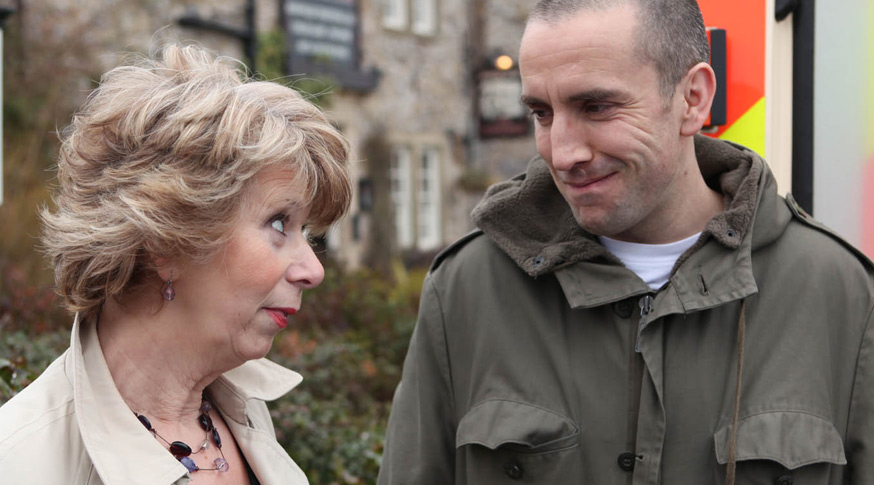 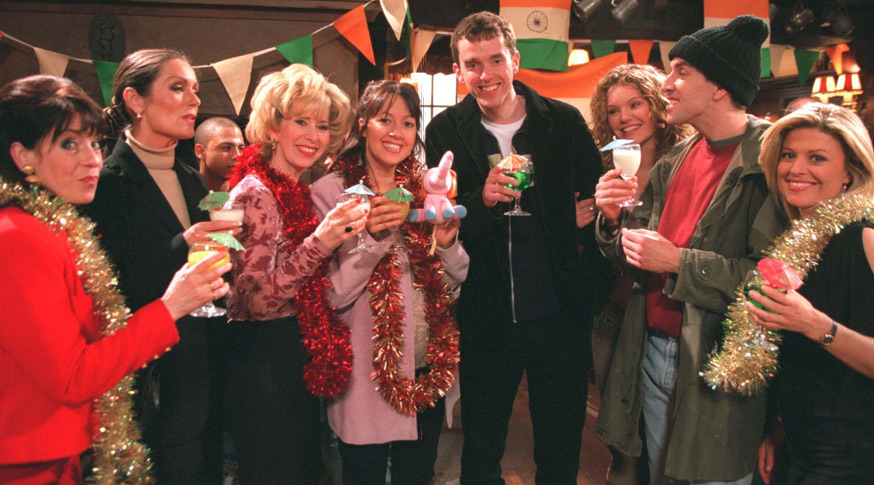 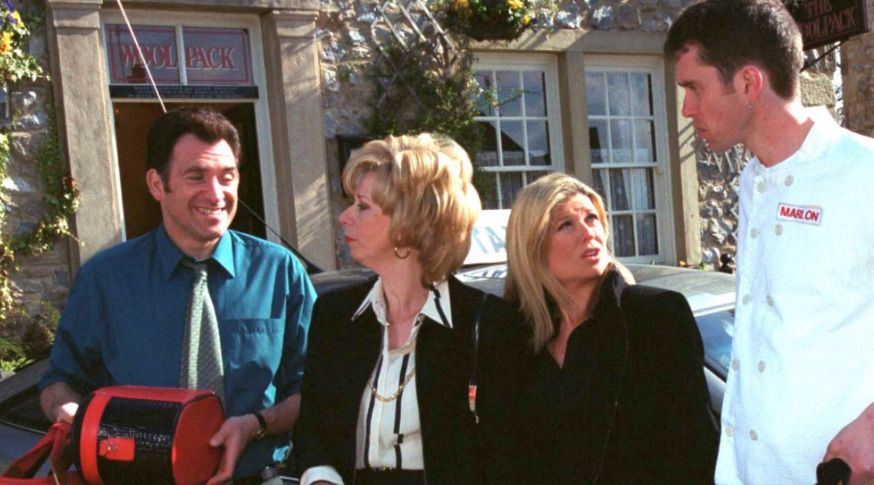 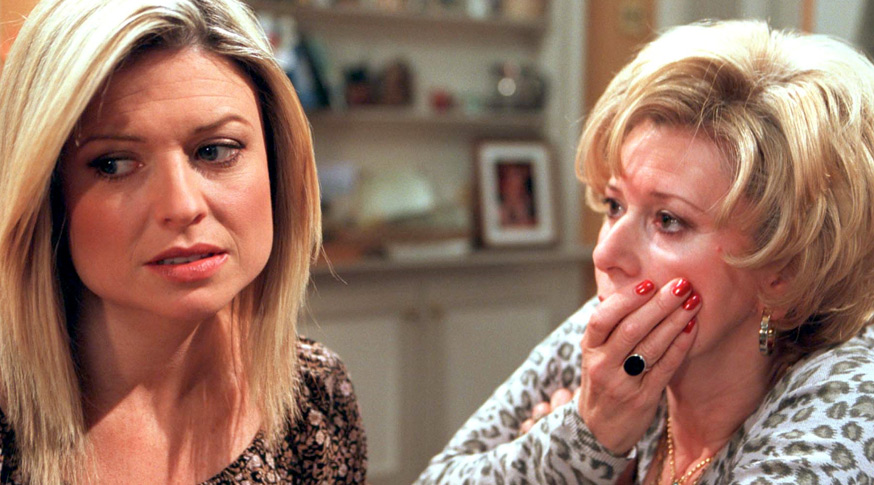 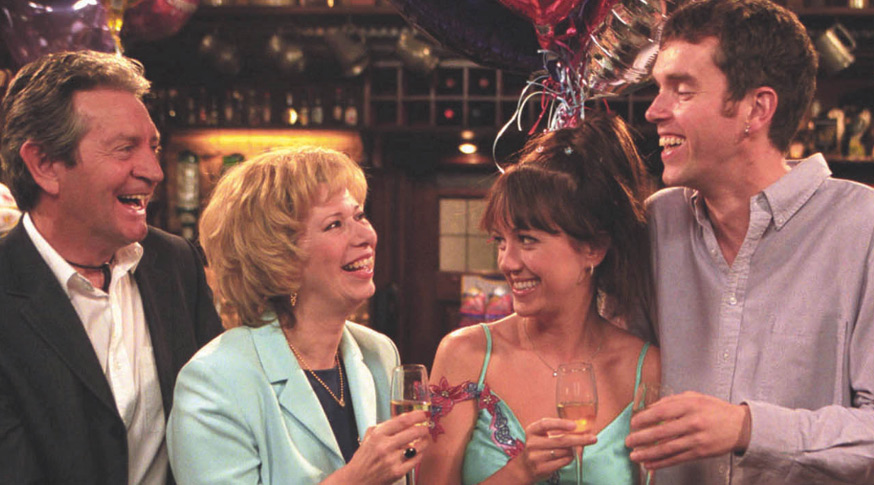 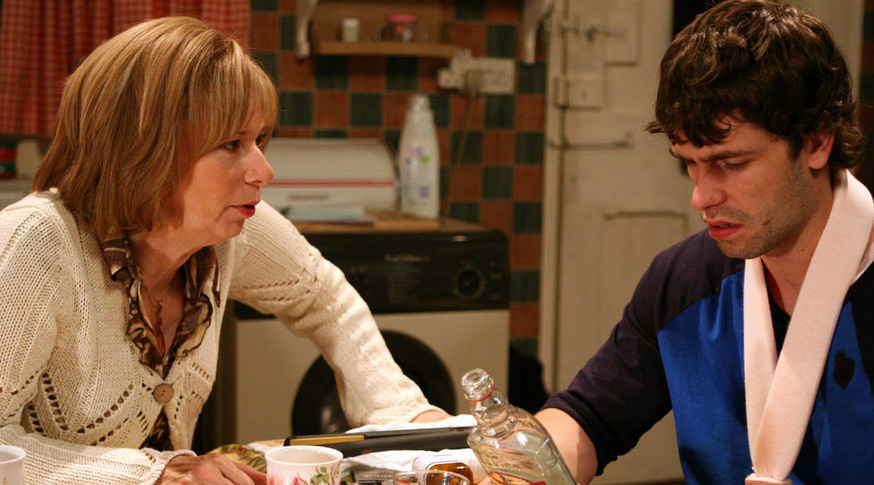 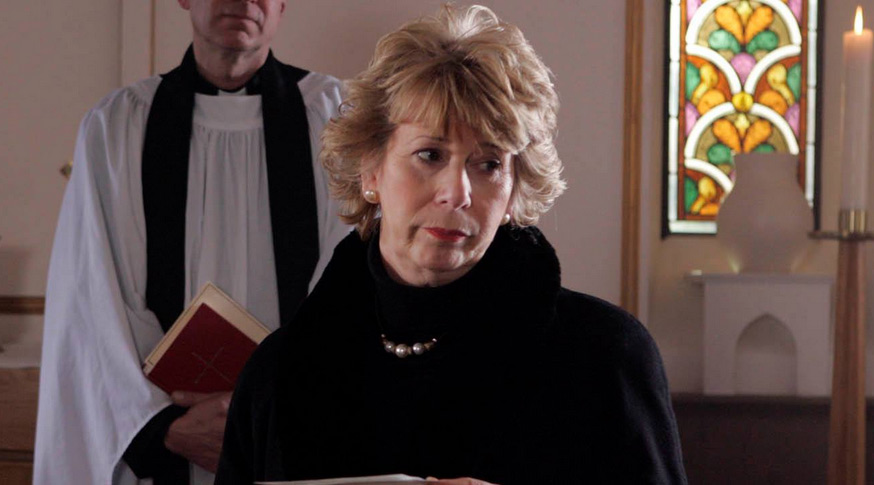