“It’s such an honour to be back in the UK performing for such worthwhile charities. I am so pleased to be launching the  ICON Gala in my second home, London” – Grace Jones

Royalty and the worlds of fashion, showbusiness and music joined forces last night to celebrate all that is ‘iconic’, and to raise funds NHS Charities Together and WellChild. The star guest was Grace Jones, who performed her classic hits to the rapturous crowd. Grace was also presented with the Music Icon Award at the event. Other guests at the Landmark London included Stewart, Penny Lancaster, Joanne Froggat, Dame Emma Thompson, Greg Wise, Jamie Winston, Laura Pradelska, Eunice Olumide MBE, Amelia Gray, Eyal Booker, Amelia Hamblin. The Landmark London is a magnificent five-star Grande Dame hotel in Marylebone.

“I am honoured to have brought excitement back the London social scene, and to have joined forces with NHS Charities Together, WellChild, and the British Fashion Council Foundation, for an evening of fun and fundraising. To have Grace Jones perform was a total honour. What a true icon!” – Event organiser and founder of Buzz Mode; Helen Georgio 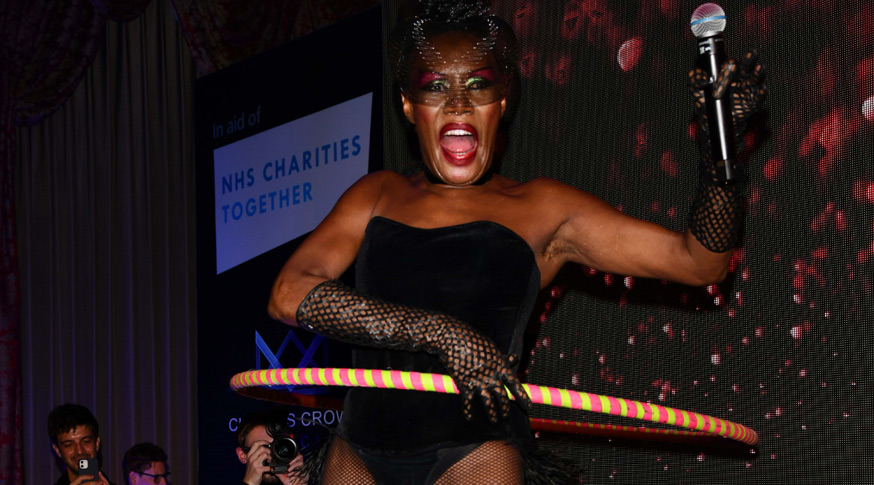 “We were honoured to be a part of this wonderful evening and to be a beneficiary charity of the ICON ball. On behalf of everyone at NHS Charities Together and our colleagues across the NHS, I’d like to thank the team for their passion and dedication in bringing this event to life. With their support – and the support of all our generous donors and fundraisers – we can continue to be there for NHS staff, patients and volunteers when they need us most.” – Ellie Orton OBE, Chief Executive of NHS Charities Together

Alongside Grace’s award, other recipients recognised and awarded were Sandy Idige (Business Award), Carlos Gonzales (Business Award) and Yasmin Mills (Event Organiser Award). The ICON Gala was the brainchild of Helen Georgio and Rachael Lewis, from the Buzz Mode talent agency. It set out to bring excitement back to the London social scene, and to celebrate and raise funds for charities; all of which have seen their funds plummet due to no live fundraising events being allowed since early 2020.

“Thanks so much to the organisers of the ICON Ball for their kind support at this event and to everybody who bid at the charity auction to raise money for WellChild. The last 18 months have been a tough time for all charities, with the COVID pandemic putting a great strain on our fundraising.

“When the COVID-19 crisis took hold, we lost 60 per cent of our forecasted income. At the same time, the families we supported were placed under more pressure than any of us can imagine. As the world returns to a ‘new normal’ many of our families face ongoing challenges. So you can be sure that the money raised by the ICON event will be a much needed boost to our work for complex needs children and their families across the UK.” – WellChild CEO Colin Dyer

Swim England to showcase the benefits of being a swimming teacher