As the days get shorter and an autumnal chill fills the air, there is no better time to enjoy a brand new series of the haunting and atmospheric detective drama, Craith.

The popular series, that infiltrates the mind and soul like no other, premieres on S4C on Sunday, October 10. The third and final series consists of six weekly episodes. Sian Reese-Williams plays the lead character DCI Cadi John while the drama takes us back to the shadows of the bleak slate-strewn mountains of Snowdonia.

“In the first two seasons we ask, is someone born evil or does having bad things happen to them, make them do bad things? In this series, that theme is even stronger. It’s an emotional roller coaster. This series will make you question more than ever, how far would you go to protect your blood, your family and their future?”

“I think the idea (of Welsh Noir) is brilliant, and it’s the first step in a way. Why would anyone say that having programmes produced in Wales making an impact in America, Canada, Finland and Australia isn’t a positive?. – Sian Reese-Williams

The beautiful but rugged scenery of Snowdonia is typical of ‘Welsh noir’ – a genre of crime drama set in the unique Welsh landscape. Filmed back to back in Welsh and English, the Welsh language version, Craith, is produced for S4C, while Hidden is produced for BBC Wales in English 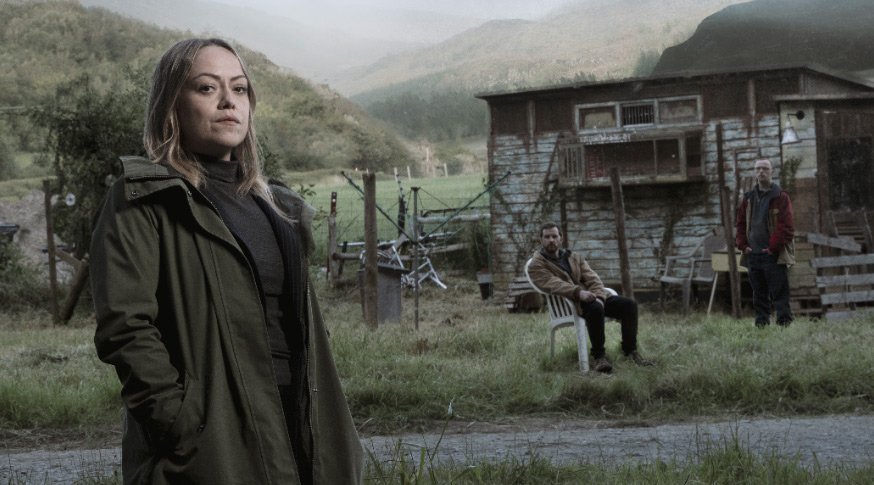 “We are a very small country and we make programmes of a high standard. I get Tweets from people in Arizona, Auckland, Finland and all over the place. People everywhere love Craith, saying they’ve never seen anything like it before. I absolutely love that! I think Wales has produced some amazing things in the last five to eight years and I’m so proud to be a part of it.” – – Sian Reese-Williams

Produced by Severn Screen, Craith will be broadcast in the Sunday night drama slot at 9.00, and will be sure to keep the audience at the edge of their seats.

This time around, DCI Cadi John (Sian Reese-Williams) and DS Owen Vaughan (Siôn Alun Davies) will be called to investigate when a local farmer’s body is found in a stream. And, of course, it will remain true to the original format of asking ‘whydunnit’ rather than ‘who’ committed the cruel and violent crime.

Viewers across the UK will have the opportunity to watch Craith on BBC iPlayer, before Hidden airs on BBC One Wales in 2022.

“Once again, everything happens in the area around Cadi’s home and the landscape is central to the plot. The stunning locations contribute to the drama’s ability to draw you in, make you feel like you’re in the middle of it all and get you totally gripped.” – Gwenllian Gravelle, S4C’s Drama Commissioner

Series one and two of Craith will be available on S4C Clic as a Box Set from tomorrow (Wednesday 22 September), to give viewers the chance to catch up with Cadi and her partner DS Vaughan’s story from the beginning.