Actors Steven Arnold and Julia Haworth joined the panel over Zoom and talked about their time on the show before Ashley’s shock death in the 2010 tram crash which marked the show’s 50th anniversary.

They also discussed their favourite moments on the Street, including their memorable Christmas Day wedding in 2004 “The wedding really stands out because we just had such a ball filming that,” said Julia. “That was a real highlight and our final scene together where Ashley was going off on a stag do and obviously the viewers had no idea what was to come but we did. That scene was so hard to film.

Steven added: “It really was because I think when we did the scene, we were basically saying goodbye to each other and that’s how it felt. I’m the same as you, I think the wedding was just so special because it took the couple such a long time to get together. The audience wanted it, we wanted it, and once it got there it was brilliant. Not a lot of weddings go to plan on Coronation Street and ours went brilliantly. They got fake snow in and it was just a joy to do and I couldn’t have picked a better person to work with than Julia. It was just brilliant.” 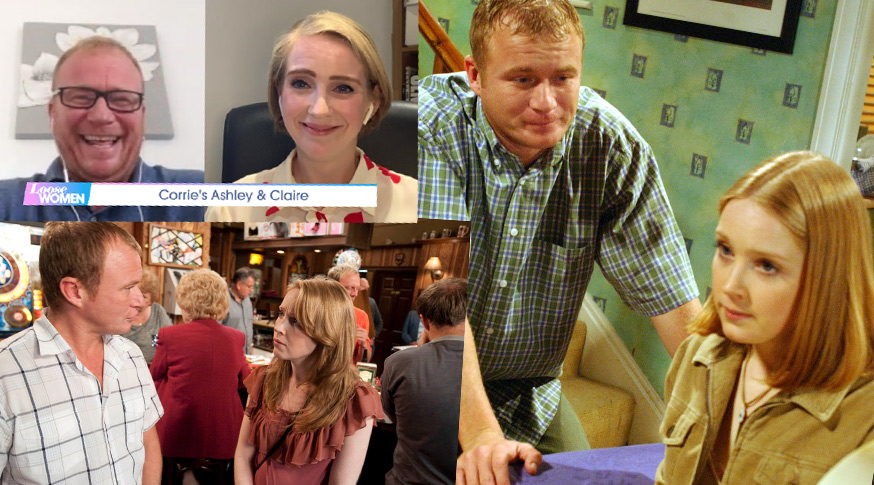 Steven and Claire revealed they actually reunited as husband and wife in 2019 for the film Once A Year On Blackpool Sands and said they just ‘clicked’ back into playing a couple, although Julia admitted, “They weren’t quite as pleasant to each other as Claire and Ashley!”

The pair also discussed their long-running friendship. “Me and Jules always say, we don’t live in each other’s pockets but we’re always there for one another,” said Steven. “We’ve got a really good friendship and a really good bond. It just feels like you’ve never been away. We can not speak for six months and as soon as we see each other again, it’s just there instantly.”

Kaye Adams admitted she was a huge fan of Fred Elliott, and Steven opened up about his close friendship with John Savident, who played his on-screen dad. He said:

“We were so close. John was like a second dad to me and used to call me his surrogate son. John taught me 95 pre of what I know today. He was such an unselfish actor. His comedy timing was absolutely spot on and he was just a fabulous person. I owe that man so much. I’ve got so many good memories of working with him.” 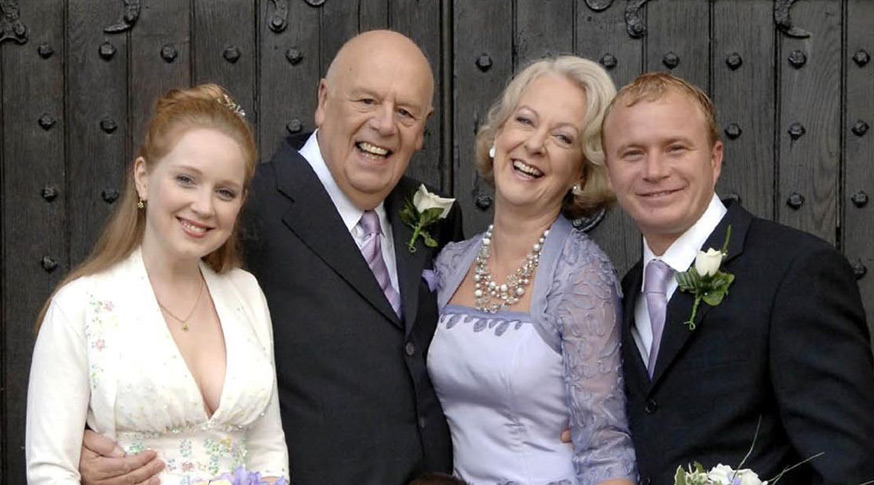 Jane Moore then asked Steven how he felt when he learned he’d be leaving the show.

“I was fine by it, Ashley had been on such a long journey and done so many storylines and I always said if I wanted to leave, I never wanted to leave in the back of a taxi,… When I went upstairs to see [producer] Phil Collinson about it, he said, ‘We’re shutting down the character’ and I said, ‘Fair enough, but please please please tell me you’re killing me off!’ I wanted to turn the page and start a new chapter.

“I had a fantastic time there, I have nothing but fantastic memories of that show and worked with some belting people. It was just a privilege to be on.”