Alfie Deegan has joined EastEnders for a short stint as Liam Butcher.

Liam’s return came as a surprise for viewers – those who had managed to avoid a BBC web synopsis which gave the game away, anyway – and for his sisters Tiffany (Maisie Smith) and Whitney (Shona McGarty) as he sent a bottle of champagne over to their table at Ruby’s club in tonight’s episode.

Liam, who has been living in Germany with his dad Ricky since 2015, claimed that he is back to support Tiffany following her split from Keegan Baker (Zack Morris).

But it soon became apparent that there is more to his return than meets the eye as he took a phone call and told the person on the other side that they would get their money.

“With plenty of experience working in cars with his dad, Liam will eye up The Arches in next week’s episodes to make some money and, as trouble seems to follow the Butcher family, it’s sure to be anything but plain sailing.” – BBC Press Office 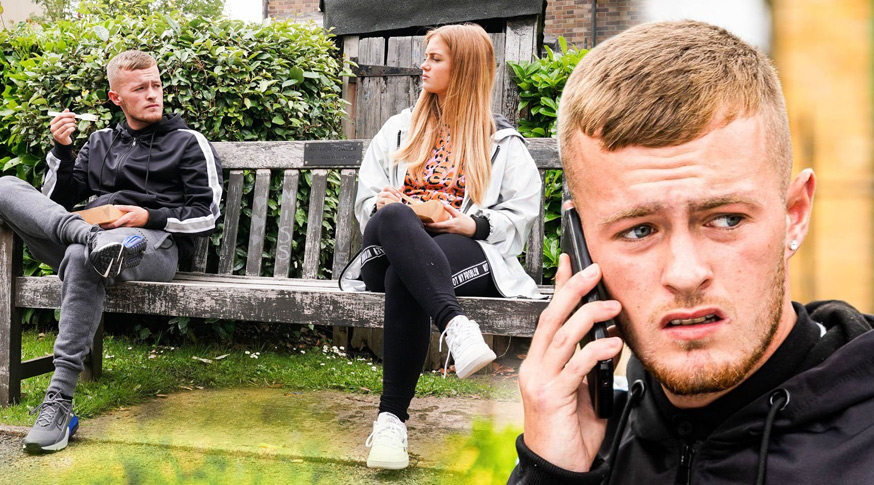 Liam was last on screen in August 2015 as he and his girlfriend Cindy (Mimi Keene) departed Walford to go to Germany. The pair were embroiled in the cover-up of Lucy Beale’s murder – with Cindy having confessed the truth to Liam that Bobby was behind the killing. This placed Liam in a moral quandary as his uncle Max had been incarcerated for the crime.

Liam demanded £100,000 from the Beales and threatened to tell his nan Carol – Max’s sister – the truth should they fail to comply. However, he eventually relented from his blackmail plot and he and Cindy jetted off to Germany to build a new life together.

Alfie Deegan starred in BIFA winning coming of age feature film Perfect 10 in 2020 and was longlisted as one of the organisation’s 10 Most Promising Newcomers. He will also be seen in the upcoming feature film, Silver Haze.