One of the most gripping and thrilling weeks in Emmerdale’s history comes to air on ITV later this month.

Emmerdale celebrates its launch date on 16 October and annually have given viewers big plots in the month the show first came to life.

“This is Emmerdale at its most ambitious as we take viewers on an exhilarating journey through a series of showstopping stunts. As the twists and turns come thick and fast, viewers will be left on the edge of their seats, and with Meena at the heart of the story it means only one thing; not all our villagers will survive. Daring and audacious; this is Emmerdale like you’ve never seen before.” – Emmerdale Producer, Kate Brooks

At the heart of the drama this time, fuelled by overpowering jealousy, is malevolent Meena (Paige Sandhu), whose cold-blooded attempts to have everything her own way will cast a dark and foreboding shadow throughout the drama.

ITV say that viewers should buckle in for a series of ‘twists and turns’ as the week’s ‘compelling chain of events’ build towards a ‘chilling climax’. No one is safe… who will make it out alive, and who will meet their grizzly end? 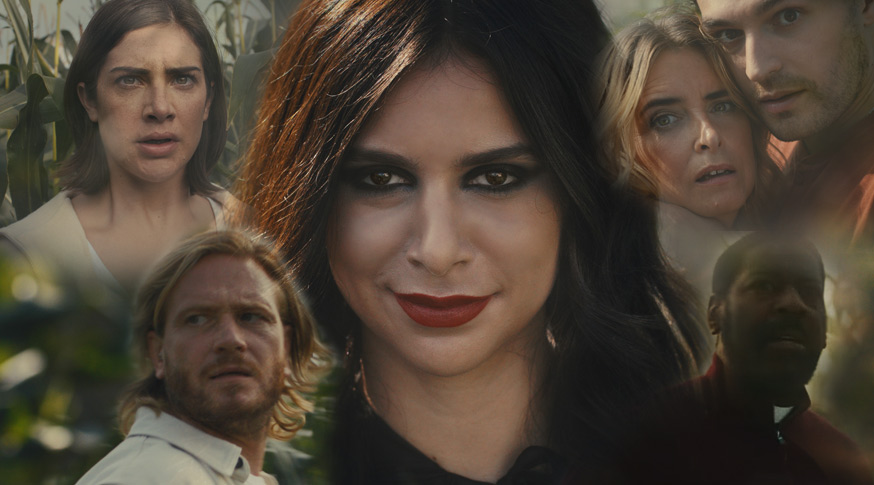 Meena first committed murder before her arrival in the village and in July this year she took her first life on screen.

Lacking in empathy, dominated by her own ego, but otherwise normal to those around her, she is a manipulative character, hellbent on getting what she wants and woe betides anyone who stands in her way.

Over the summer her behaviour became increasingly erratic, leading to the demise of Leanna (Mimi Slinger), thrown to her death from a bridge.

Leanna had mockingly grabbed hold of Meena’s ‘bits and pieces’ box, only to discover a newspaper cutting that led to an accidental confession of murder.

Leanna now fully aware of Meena’s dark past attempted to get away, fleeing through the graveyard, but having fallen in high heels and injured her ankle it was only a matter of time before Meena caught up with her victim at Emmerdale village’s humpbacked bridge where after a struggle, and a bit of hair pulling, Leanna was shoved to her watery demise. It has been a number of weeks since that happened, but Meena has shown now signs of giving up her sins.

Viewers can get a glimpse of what’s to come in an ITV promo that launches today, Friday 1st October 2021.

Emmerdale, weeknights on ITV and catch up on the ITV Hub.