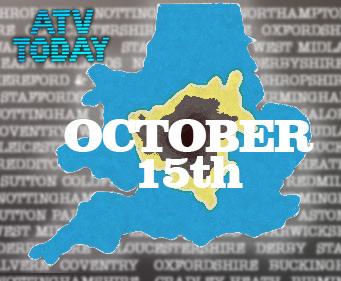 ATV Today’s John Swallow reports about the demolition of ‘Marl Bank’, the final house lived in by the composer Edward Elgar on Rainbow Hill in Worcester.

The building also known as the house on Rainbow Hill is where Edward Elgar died in 1934, having moved in in 1929. Swallow interviews Victor Cornick who has led a campaign to save the building.

The local newspaper reported at the time that the decision to demolish was taken due to extensive damage caused by vandals following the property becoming vacant over a year prior. Marl Bank, originally a farmhouse, was purchased in 1968 by Hawkwood Building Company who planned to build forty flats on the land.

The feature also points out that The Elgar Society has not turned up to witness the demolition, or to shed one last tear over it demise.

The item shows the building being pulled down and a shot of a summer house that remains on the land but was being promised to Mr Cornick by the developers. The summer house was later presented to the Elgar Birthplace Museum by Victor Cornick.

The building is seen, in better days, in the 1962 BBC Monitor series that features a film about the life of Elgar by Ken Russell.

“The pulling down of Marl Bank was one of the worst cases of civic vandalism in Worcester of the 1960s. Elgar had set up in the grounds sections of the original Worcester Bridge, removed during the widening of the span in 1931. He would go down to the parapets in the evening at Marl Bank and gaze over his “beloved country” – Worcester and its Cathedral across to the Malverns. If it had been preserved, Marl Bank would surely have made the ideal location for the national Elgar Museum.” – Michael Grundy, Worchester News