After a long wait, the remaining Thames Television episodes are heading to DVD.

The final series’ ever made of The Morecambe & Wise Show for ITV by Thames Television are to be released on DVD in time for Christmas. These latter episodes haven’t been seen in full since the 1980s, although both Channel 5 and ITV in the past have aired ‘best of’ compilations featuring sketches from across those final years of Eric and Ern.

The DVD, Morecambe and Wise at Thames follows the previously released Series One in 2008 which featured the six episodes of their 1980 series and the first four specials made between 1978 and 1980 for ITV, including their debut special in 1978.

The new release sees all four series contained as well as the seven Thames Television specials. There will also be a stand-alone release of the Christmas Specials.

The same company that released the 2008 offering, Network Distributing, has also in the past released all of the Two of a Kind and Morecambe and Wise ATV shows of the 1960s. They will be repackaging those editions in a bumper release, along with the Thames Television episodes, in Morecambe and Wise at ITV.

The ITV ‘best of’ features the surviving forty-eight ATV produced Eric and Ernie shows along with the thirty-four Thames editions across the fourteen-disc set. After a false start with the BBC in the 1950s, the comedy duo joined ATV London (the weekend ITV broadcaster for London at the time) in 1961 and proved a hit with viewers. Produced at the ATV Elstree Centre in Borehamwood the pair remained with ATV until 1968 when the BBC offered UK colour episodes – something that wouldn’t arrive at ITV until late 1969. Their final ATV series was recorded with both black and white cameras, with ATV monochrome recordings for ITV and ITC cameras recording for a stateside sale as Piccadilly Palace.

The first series from 1961 was entirely wiped, most episodes from 1962-68 however were retained.

Morecambe and Wise, in colour, aired initially on BBC Two, and later BBC One when it too burst out of monochrome into vibrant colour. The BBC One editions are regarded as Eric and Ernie’s finest work, a decade of huge ratings, critical acclaim and hours of hilarious material. They were Television Centre’s golden sketch show stars. However big money lured M&W back to ITV in 1978, this time with London weekday ITV broadcaster Thames Television.

However, the Teddington Studios era for Morecambe and Wise isn’t their best work. There are some funny sketches, however, a severely lower budget for the show than what Aunty Beeb had provided clearly shows. Eric’s failing health also halted any major comeback for two years, and then their time together was to be brief with Eric’s final, fatal, heart attack in 1984.

ATV’s last work with the pair was in 1978 on the Terry Wogan hosted ‘Variety Club of Great Britain’s tribute to Eric and Ernie‘ this half-hour special saw friends and colleagues pay tribute to the pair. Those in attendance included Glenda Jackson, Larry Grayson and Noele Gordon. 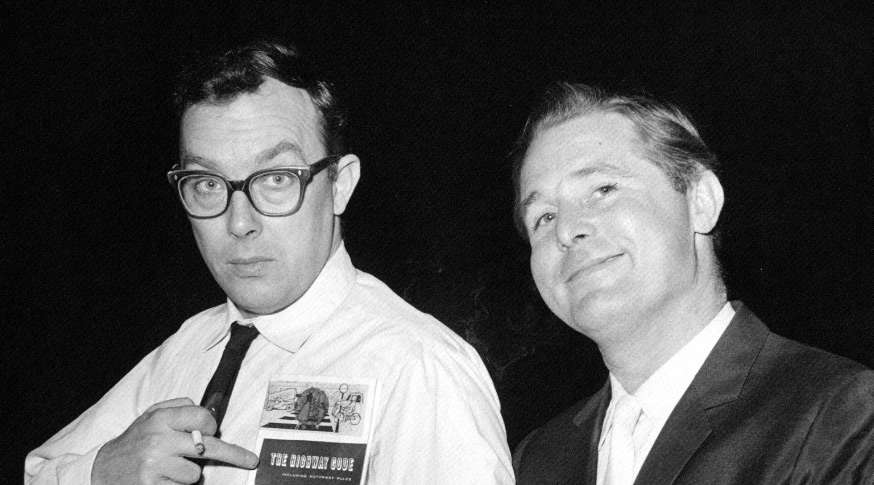