Best on the Box for Saturday, October 23rd…

Jonathan Ross is back with a bang on ITV Saturday nights for another series of star-studded interviews, kicking off with Succession star Brian Cox, Dame Joan Collins, comedian Rob Beckett, presenter and pundit Alex Scott and music legends Duran Duran.

Dame Joan Collins reacts to Star Trek’s William Shatner, whom she appeared alongside in one episode, becoming the oldest person in space. Joan says: “It’s amazing isn’t it? What a fool. Who wants to do that? No, absolutely not [I would not]! Did you see Bill Shatner? He was in the air and they were turning him upside down. Let’s take care of this planet first before we start going off.”

Asked if he’d go into space, Brian Cox says: “No, absolutely not. I think it’s ridiculous. I remember watching [Sir Richard] Branson and [Jeff] Bezos going up for their 11 minutes or whatever… No, we do not need more spaceships, we’ve got enough crap flying around up there, we do not need any more.”

Rob Beckett says: “I’m up for it actually. It’d be a laugh for an afternoon. I get that we probably shouldn’t… but it’s a lot of travelling just to get to the place where it takes off. I’ve got to do a long haul flight… if he was taking off near my house, I’d go. I wouldn’t travel for it, I don’t think. Is that lazy?” 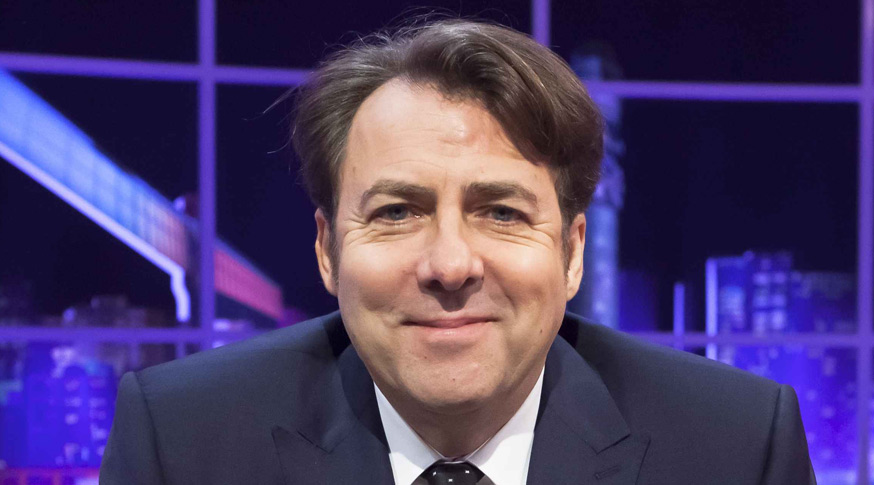 Discussing her new autobiography, My Unapologetic Diaries, Joan says: “I’ve been keeping diaries since I was 12 or 13. Little tiny diaries, my writing… I had to take a magnifying glass to look at it now.”

She adds: “It goes back and forth from 1989 and the whole diaries go through up until about 2006.” Of writing when she was in “the mood” Joan says: “Often it was when I’d come back drunk from a party.

“I have some quite unapologetic feelings about people. I’ve had some very good reviews on the book and had, ‘Well she’s very bitchy about people.’ Well, hello, that’s what people like to read! Like Raquel Welch’s teeth. I just said they were a bit big. I don’t hate anything about Raquel, I’ve known her forever.”

On writing about former President Donald Trump, Joan reveals: “He pretended to be [taken with me], I don’t think he was. I was a great friend of Ivana’s. Then he called up one of the producers from Dynasty and said, ‘I want to be in Dynasty.’ He said, ‘I’m sorry we’re all cast.’ Trump said, ‘But, I am Dynasty!’ And he said, ‘No you’re not. We have all these other people.’ Trump said, ‘Look, I’d be great to play one of Alexis’s (Joan’s) lovers.’ He said, ‘I think those parts – there was a few! – have been cast.’ A few weeks later, [the producer] spread this story around Hollywood, he [Trump] denied it. Trump said, ‘I would not want to be Joan Collins’s lover on or off screen.’ Which I thought was rather rude!”

Brian replies: “He’s a schmuck. I saw him once and I had to go to the toilet… Somebody said, ‘Would you ever play Donald Trump?’ and I said, ‘No, it’s a terrible script.'”

Discussing her marriage, Joan says: “It’s my 5th marriage. But I’ve been married to Percy the same amount of time I was married to the other four. I practised, I finally got it right.” Asked the advantages of a younger partner she laughs: “Take a wild guess. Frankly, I’m very full of life and I have a lot of energy. I need somebody to keep up with me. I don’t think somebody of my age would be able to keep up with me.”

Alex Scott discusses her time on Strictly Come Dancing saying: “It was the first thing, I’d left being an athlete, it gave that routine and discipline back. You’re learning a new skill, dancing and music… getting to dance to Beyonce at Blackpool! 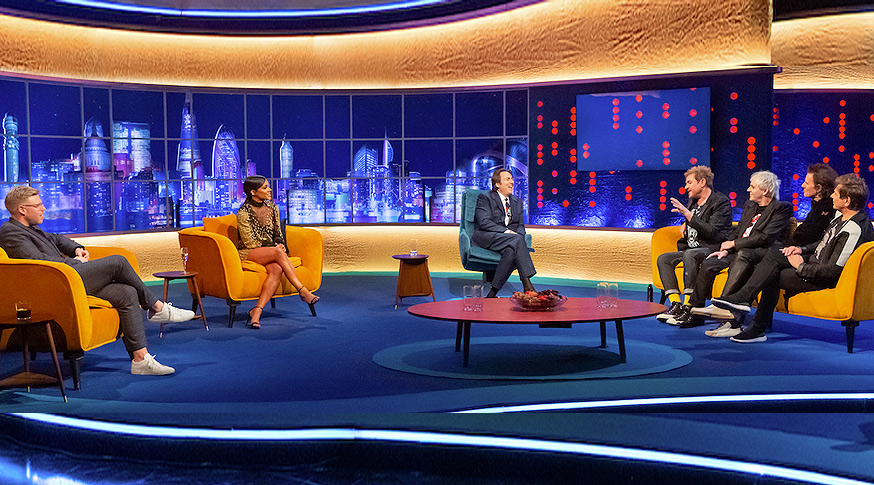 Alex is presenting a new BBC One game show, The Tournament. She says: “When they asked me to do it, I had a perception of what a quiz show host is like, [but they said] ‘We just want you to be you, your personality and have fun with it.’ I had a connection with everyone who comes on the show. I absolutely loved it!”

Discussing writing his book, A Class Act, about a working class man in a middle class world, Rob Beckett says: “Writing a book, my dad didn’t read a book until he was like 43. So to write one yourself, you think, ‘Who are you to write it?’ That’s why I wanted to write it and not get a ghost writer in. I thought I’ve got to do it and try. I’ve done it and I’m really proud. It’s about believing you could do it.”

He jokes: “I didn’t realise I was working class until I was going to Edinburgh Fringe. I got there and that’s when I found out that Oxbridge was two places. I just found it surreal really… I didn’t know what Radio 4 was until I got asked to go on it. I thought it was one of the new ones. But there was such a lack of expectation on me. Others are saying, ‘My nan and aunty is going to listen to this!’ whereas I’m saying, ‘No one I know knows this exists!'”