The charity fundraiser has been running on STV across Scotland for a decade.

Lorraine Kelly, a stalwart of ITV Daytime broadcasting since 1984, hosts a special ten-year anniversary show for the STV Children’s Appeal, featuring host of entertaining features in the hope of raising cash to help Scotland’s youth who need it most.

Tonight viewers can enjoy a special edition of a much-loved game show and a music performance by the CentreStage Community Choir. There will also be heartfelt stories showing how the STV Children’s Appeal does good across the communities of Scotland as well as some of the fundraising heroes.

The spotlight will focus on some of the community heroes up and down the country who have raised thousands for the Appeal in its tenth year – with one young musical duo set to receive a huge surprise from Simon Cowell in response to their impressive fundraising work. 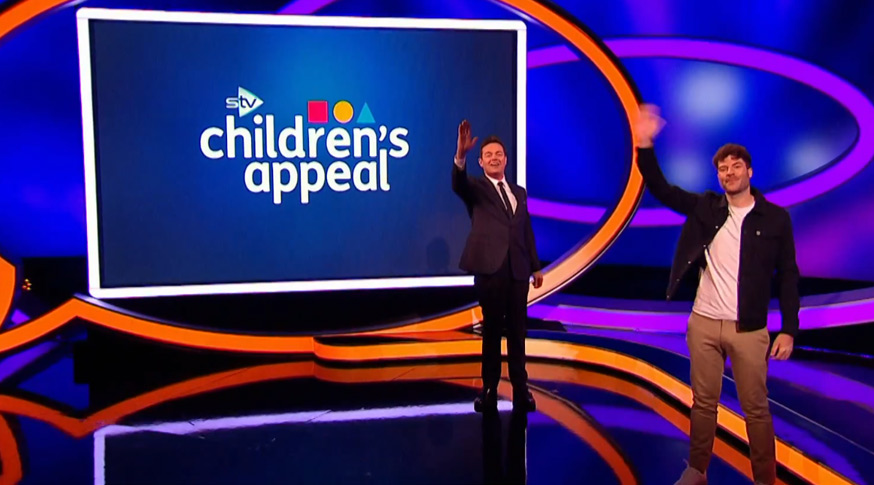 BBC Radio 1’s Jordan North will take part in a special edition of Celebrity Catchphrase, while First Minister Nicola Sturgeon also chats to Lorraine about the importance of the Appeal and why she continues to be “delighted to support it”.

Viewers can expect The STV Children’s Appeal 2021 to look a little different from previous shows as, for the first time, it will be hosted at Kilmarnock-based performing arts academy CentreStage – a charity with a close, enduring relationship with the Appeal.

STV is the “Channel 3” broadcaster for Scotland, the company operate two of what was once the “ITA/ITV” regional network, with STV North and STV Central broadcasting. STV remains independent of the UK company ITVplc who bought up and then merged all the regional stations across England, Wales, Channel Islands and Northern Ireland.