The Corrie and EastEnders icons have been given OBE’s.

In the New Year’s Honours for 2022 veteran soap stars June Brown and William Roache have been bestowed OBE’s. June, who was a regular in EastEnders from 1985 through to 2020, quit the show after 35 years while William has been with Coronation Street since its first episode in 1960 and shows no sign of wanting to take things easy.

These recipients have inspired and entertained us and given so much to their communities in the UK or in many cases around the world. The honours are an opportunity for us to thank them, as a country, for their dedication and outstanding contribution.

Joanna Lumley who has appeared in Coronation Street, and also the UK serial General Hospital, has been made a Dame.

June was born in Suffolk in 1927, the elder of 5 children, however, two of her siblings tragically lost their lives at early ages to illness. During WW2, June was evacuated to Wales and later served in the Wrens during the war. Her first husband, John Garley, took his own life in 1957, leading to a second, much longer union with Dixon Of Dock Green actor Robert Arnold with whom she had six children.

Classically-trained Brown has also had roles in Coronation Street, Doctor Who, Minder and The Bill to name just a few. It is however her role as gossip Dot Cotton/Branning in BBC One’s EastEnders that has made her a much-loved household name. 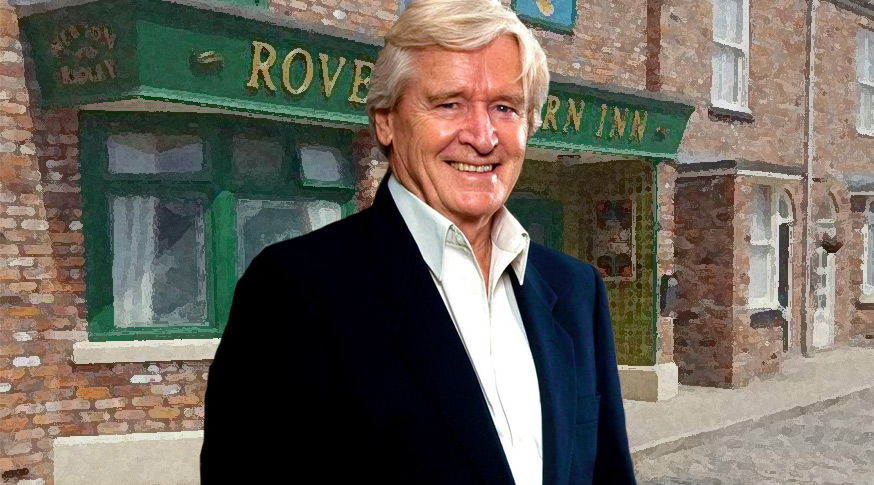 Roache was born in the Basford, Nottingham, in 1932. He joined the British Army and was commissioned into the Royal Welsh Fusiliers in 1953. A year later, he was promoted to the rank of lieutenant. He left in 1956 with the rank of captain due to injuries sustained from an explosion.

Following his departure from the Army, Roache ventured into performing making appearances in numerous stage productions, then taking on uncredited or supporting roles in several films before moving to small parts in television serials including Knight Errant Limited, Marking Time, and Skyport. In November 1960 he joined the cast of Coronation Street with the first live episode airing on December 9th.

Roache married his second wife, Sara McEwan Mottram, in 1978. She died suddenly on 7 February 2009 at their home, at the age of 58. With Sara, he had a daughter named Verity and a younger son, actor James Roache. A second daughter, Edwina, died at the age of 18 months on 16 November 1984.