When Jersey local and former bodybuilder Ryan Hodgson fell into a depression, he was reluctant to seek help. He felt as if someone like him shouldn’t be struggling with mental health issues. He explains that this is indicative of a widespread misconception embedded into gym culture that physical and mental ‘toughness’ are supposed to go hand-in-hand.

Ryan however notes that the onset of his mental health decline can be traced back to his life-changing rapidly. Within 18 months, he went from a single man running a small personal training business to being married, a father, and expanding his business to 5 different locations and taking on 9 more trainers.

“I felt completely overwhelmed but thought that I had to just power through, I was never going to ask for help. I never wanted to be a big brand or manage a team, I just wanted to help people. It felt like I had lost touch with what was important to me and I fell out of love with what I was doing. I started to feel emotionally numb. I didn’t want to get out of bed in the morning”.

Ryan struggled with depression for 8 months believing that he could push through it. Only his wife Elly knew what he was going through, but he pushed away from her attempts to convince him to seek counselling until he reached a breaking point. 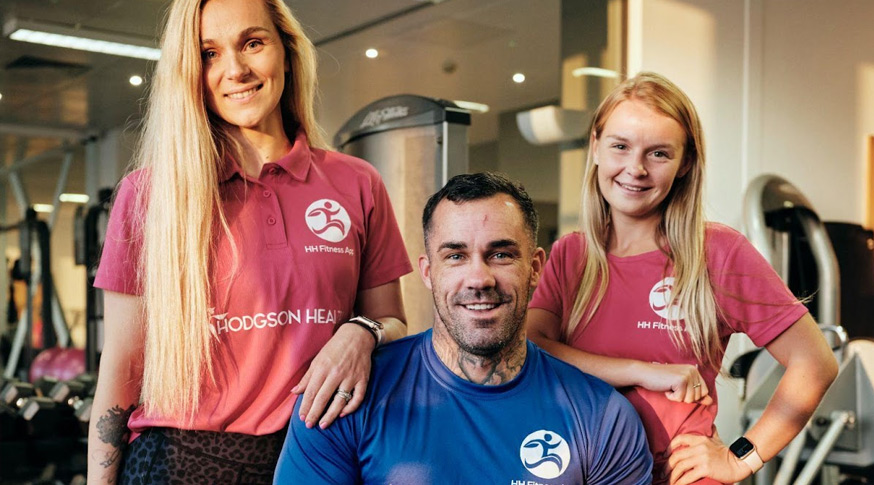 “I was watching my daughter playing and just felt so vacant. It was like I wasn’t even there. Seeing her happy and playing should have made me happy, but I wasn’t happy. I wasn’t sad. I didn’t feel anything”.

It was at this point that Elly reached out to a counsellor on Ryan’s behalf, who was extremely reluctant to attend a session at first.

“I was not happy that a session had been booked. I was a bodybuilder covered in tattoos. At the time I thought that I’m not the kind of person who’d have mental health struggles, I needed to just get over it. Looking back, Elly sending that email was the best thing anyone’s ever done for me”.

Although feeling nervous and embarrassed going into his first counselling session, Ryan explains that he left feeling “drained but so much lighter”. Through counselling, Ryan has rediscovered his love for personal training through online coaching.

“I don’t think I fully realised how much I was struggling until after I got help. I look back now and see such a lost and angry young man. I wish I could give him a hug”.

Ways to stave off the cost-of-living crisis