The big question is, just what brings the Doctor and Donna back together, asks the Beeb…

One of the most loved pairings in Doctor Who’s history have reunited and are filming scenes that are due to air in 2023 to coincide with the show’s 60th anniversary celebrations.

The BBC have announced that David Tennant and Catherine Tate have reprised their roles as the iconic Tenth Doctor and his fiery companion Donna Noble respectively.

Last together in visual form in 2010, The Doctor and Donna parted company when the Doctor had to wipe Donna’s memory, making her forget him, in order to save her life. He warned her family that if ever she remembers, she will die.

But with the two coming face to face once more, the big question is, just what brings the Doctor and Donna back together?

“They’re back! And it looks impossible – first, we announce a new Doctor, and then an old Doctor, along with the wonderful Donna, what on earth is happening?  Maybe this is a missing story. Or a parallel world. Or a dream, or a trick, or a flashback. The only thing I can confirm is that it’s going to be spectacular, as two of our greatest stars reunite for the battle of a lifetime.” 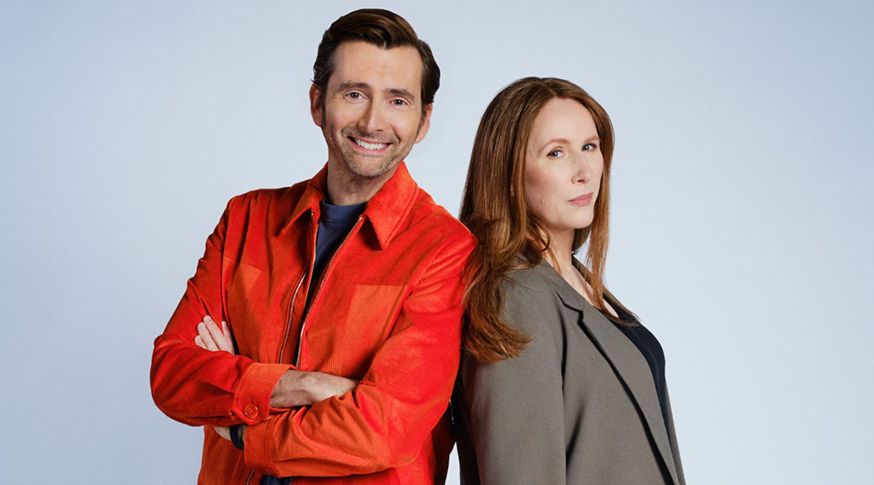 David played The Tenth Doctor between 2005 and 2010 across three series and nine specials at the height of the rebooted series’ popularity. In 2013, he reprised the role for the show’s 50th anniversary episode ‘The Day of the Doctor’.

Tate was at the centre of the 2006 Christmas special ‘The Runaway Bride’ having made a fleeting appearance at the end of the sci-fi show’s second series earlier that year. The show capitalised on the popularity of her festive appearance when she joined the doctor in the TARDIS for the fourth series in 2008.

Catherine later returned to the role as part of David Tennant’s two-part final story ‘The End of Time’ in 2009, and has featured – alongside Tennant – in a number of Big Finish Doctor Who audio stories.

On May 8th the Beeb announced that Ncuti Gatwa would be the new timelord, taking over from Jodie Whittaker. He said he was “deeply honoured, beyond excited and of course a little bit scared” to be taking on the iconic role.