This week in Summer Bay…

Monday: Following their disastrous chat with Chloe, Justin is in damage control. As he rallies a despondent Theo, who’s worried he’s lost his girlfriend for good, he also attempts to soothe over Leah, who’s miffed that he threw her under the bus.

Annoyed that Justin hasn’t apologised yet, an aggrieved Leah arrives home late, to find him playing video games with Theo. His offer of pizza and video games does little to quell her rage and, after explaining that she’s tired from covering Chloe’s shift, who was too embarrassed to come in today, she heads off to bed. At the Hospital, Logan, deep in thought is pacing, agonising over a decision. He stops suddenly, having made his decision. Picking up his phone he calls the army to enquire about re-enlisting…

Tuesday: Following their fight, Leah has discovered Justin rather than sleeping on the couch, has instead, decided to stay at John’s apartment. Leah heads over to talk through their problems, but Justin, still cantankerous refuses to engage with her and storms back into John’s home.

Meanwhile, Chloe and Theo rekindle – Theo apologises for not telling her prior to being ambushed by Justin and Leah, and Chloe promises not to run off every time they have a setback.

Xander is filling in Jasmine about his fight with Dr Bolton. Xander isn’t too worried as he’s never seen this Dr before and he’s probably just filling for someone. Jasmine is left to deliver the news – Logan has left and Bolton is now the head of the ED.

With this in mind, Xander attempts to make amends with the new doctor, but is met with obstinance. Xander just wants to know how the patient from yesterday is, but Bolton dismisses him out of hand – he’s just a lowly paramedic and isn’t a doctor. Bolton tells Xander next time he comes up against him he will lodge a formal complaint. After hearing about it, Jasmine tells Xander not to take up all his time and energy focussing on someone who’s not his responsibility.

Wednesday: Chloe wrangles a reluctant Nikau into coming to a BBQ, to welcome Theo into the family. However, Theo is less successful convincing Justin to come along and be his protection.

Felicity is relieved that, followings Mac’s confession, the police have decided to drop all charges against her. Her relief turns to contrition as a furious Cash gives her a stern rebuke. Felicity is disappointed that she has let down Cash after they were getting along so well.

Felicity’s mood lifts when Chloe invites her and Tane to her BBQ. As Felicity heads off with Chloe to organise, Tane goes out of his way to invite a still upset Cash to the family event. Cash arrives at the BBQ, much to Felicity’s surprise, and the two have an awkward hug. Any lingering tension melts away, as Cash enjoys the massive spread that’s been organised

Meanwhile, Dean is worried about Ziggy – she hasn’t returned or called him. He checks in with Justin who thought he would know what’s going on. Justin surmises that it has to do with his recent police trouble. Dean returns home to an empty house with a pizza…

Thursday: An apprehensive Ziggy returns to Summer Bay after her argument with Dean. Mackenzie encourages them to clear the air, but Ziggy fears their relationship is on the rocks. A stubborn Mac forces Ziggy to bite the bullet and face Dean. True to her suspicions, Dean is still angry that Ziggy walked out on him and stomps off to bed.

Rose arrives to meet Cash for a drink after his drunken invitation. She’s surprised to find it’s just the two of them. Quickly realising Cash is a few drinks deep, Rose plays catch up. Bubbly with booze, Cash is effusively flattering Rose as a brilliant cop.

Tane notices a lovesick Nikau needs some support. But Nikau isn’t ready to be comforted by a loved-up Tane and pushes him away. After having a heart-warming phone conversation with Bella, Nikau feels reassured and apologises to Tane. Nikau’s decided to keep himself busy at work to make the time go faster until Bella’s return. Tane is happy that Nikau’s found a solution.

Alf asks Nikau if he can help Marilyn out with running the bait shop while he’s away, but Nikau is sorry to say he’s got his hands full with lifeguarding. As the responsibilities pile up, Marilyn gets confused and Alf worries Marilyn isn’t up to the task.

An ashamed Cash shows up on Felicity’s doorstep, but she won’t let him off easy. A defensive Cash declares that nothing happened between him & Rose, but his memory is hazy. Felicity warns that things are about to get a lot messier when he tells Jasmine. Firm, Cash insists that he’s not telling Jasmine, and neither is Felicity. Incredulous, Felicity realises that Cash is asking her to lie for him. Felicity warns that hiding the truth looks like an admission of guilt, but Cash is unwavering: Jasmine will not find out about his night with Rose.

Friday: Jasmine gets some distressing news – Robbo’s mother has had a heart attack and needs help. Jasmine desperately tries to contact Cash, but he’s not answering her calls. Running into a jumpy Rose at the Diner, Jasmine asks after Cash. Feeling guilty, Rose claims not to have seen him. Jasmine confides in Rose about Robbo’s family tragedy and the urgent need to go look after them. Jasmine is grateful when Rose agrees to keep an eye on Cash in her absence.

Despite Marilyn’s vigilant note-taking, Alf is concerned that running the caravan park and bait shop in his absence will overwhelm her. Marilyn gets off to a rocky start when she accidentally overorders bait, forcing Irene to let her store the surplus in the Diner freezers. Promising there will be no further mistakes, Marilyn resolves to keep her mishap concealed from Alf. Pasting on a smile, Marilyn sends Alf off to Merimbula. But after a sequence of disasters, Marilyn admits to Irene that she can’t handle it. Thankfully, Irene has a plan – they can put together an ad for a handyman.

Pulling together a united front for Mackenzie’s sake, Ziggy & Dean avert their issues. But Mackenzie is not going to let them stew on her watch. She’s been abandoned by her boyfriend and is facing prison – she needs her family in a good place to support her. Besides, can’t they see how lucky they are? Ziggy & Dean love each other, they should be grateful for what they have.

Dean gets a disturbing call and seeks out Mackenzie. The real estate agent called with bad news: Mackenzie is 6 weeks overdue in rent and being evicted in 7 days 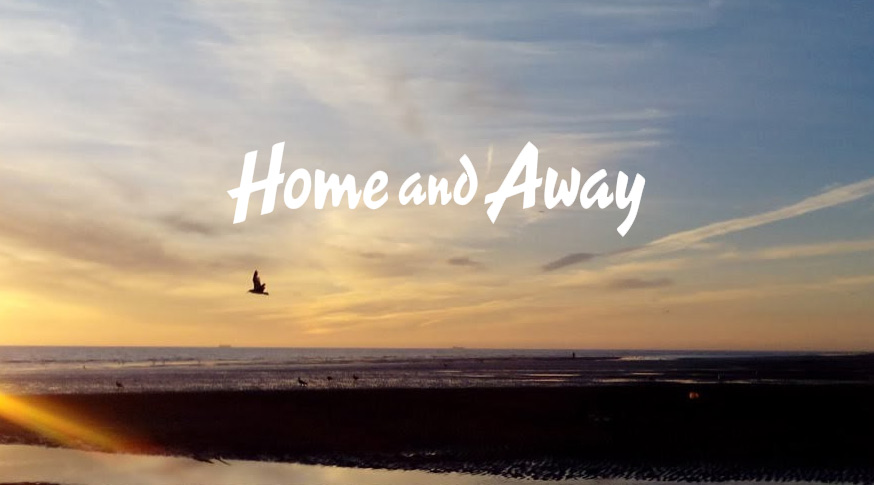