Editor Reports: Going Down on the Dales

Forget ‘Inside Soap’, forget ‘Bizzare’ – This edition of Editor Reports is the only place where you’ll see in article what people are really thinking.

Last night’s episode of Emmerdale saw its lowest audience since last September with 5.3 million viewers tuning in for the Yorkshire soap. This is yet another instance, one of several lately, where the soap has failed to break through the six million mark. These previous instances could be explained away by the spell of good weather – which saw ratings down generally across the board – but the weather has

There’s a surprise return in store for fans of BBC medical drama’s as Michael French has agreed to reprise his role of Doctor Nick Jordan. However, he won’t be returning to Holby City but instead to parent show Casualty. It won’t be the first time he’s appeared in Casualty; as his Holby character, in the run up to Holby City’s launch in 1999, made several cameos in the Bristol based

“Lost” Crossroads Episode to air on ITV.com and released on DVD

It’s enough to make star of the show, Meg Richardson, burst into song. The earliest surviving episode of cult ITV soap Crossroads has been uncovered and will get a World Exclusive airing on itv.com this Friday, with the chance to buy it on DVD the week after. Experts uncovered the 1965 episode in an unmarked tin in the old ATV archive, which now resides in west London. They thought most

Controversial story for The Bill?

It’s been confirmed that actor Matt Littler, who plays Max Cunningham, is to depart Hollyoaks after ten years with the soap. Matt Littler has quit C4 soap Hollyoaks after ten years with the Chester based soap. He joined the soap in 1997 as Max Cunningham and has been involved with some memorable storylines during his time with the serial. His on-screen partnership with O.B, played by Darren Jon Jefferies, has

Daytime medical drama, The Royal Today, has yet to be re-commissioned for a second series. The ITV drama ended its first season, which comprised of 50 thirty minute episodes, several weeks ago but ITV has yet to decide on the drama’s future. The spin-off from nostalgic 60’s drama, The Royal, failed to attract big audiences or warm the critics. Although it launched with two million viewers the show soon saw

The British Soap Awards have, in the past, been blasted for being predictable and boring but this years proves quite the opposite. The usually criminally neglected soap, Hollyoaks, managed to bag an impressive six awards. The Channel 4 soap, which is labeled a ‘teen’ soap by its critics, has shown it’s got the pedigree to take on the big three soaps after a string of high-profile and well received storylines 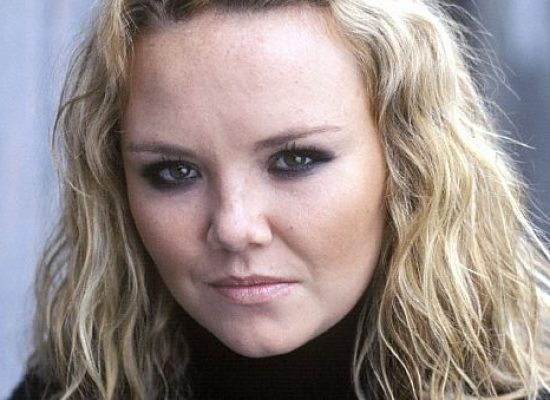 Charlie Brooks back to her square roots.

As part of Anita Turner’s plans to turn around the flagging fortunes of the once mighty Emmerdale, a much hyped super-bitch character has been created. The serial has been lacking a real bitch since the departure of Sadie King and, more recently, Rosemary King, but bosses have created a new character in their plans to stop declining ratings. The new character, Anna De Souza, will arrive in Emmerdale for her