With the news that Danny Dyer aka Mick Carter is leaving EastEnders, after nearly a decade as Walford’s geezer landlord William Hill make Phil Mitchell (Steve McFadden) the favourite to replace him as the landlord of the Queen Vic.

Phil tops the market alongside another former boozer regular in Kat Slater (Jessie Wallace) at 9/4, with Janine Butcher (Charlie Brooks), currently working as a barmaid at the pub, also fancied at 9/2.

“EastEnders fans were shocked when the news that Danny Dyer would be leaving the soap dropped and attentions have now turned to how his character, Mick Carter, might depart.

“He’s obviously the current owner of the Queen Vic and we make Kat Slater and Phil Mitchell the 9/4 co-favourites to take over from him as owner with Janine Butcher certainly in the equation at 7/2.”

Danny, who also hosts the quiz The Wall for BBC One is heading off to Sky to lead the cast of a new drama series. A spokesperson for the soap confirmed that the 44-year-old will be leaving his role as the Queen Vic landlord when his contract comes to an end later this year. Details of his exit from the show are yet to be revealed, and fans will no doubt be hoping the door will be left open for him to potentially return in future.

Soap ratings have acoss the board been in a rapid decline with EastEnders and Emmerdale pulling in low ‘on the night’ ratings in recent years, enhanced by the pandemic that has seen people turning away from the misery of the serials. Drama, however, has seen the opposite with most pulling in respectable audiences. Dyer has, according to a tabloid been offered a six-figure deal’ to join the drama series yet to be announced. 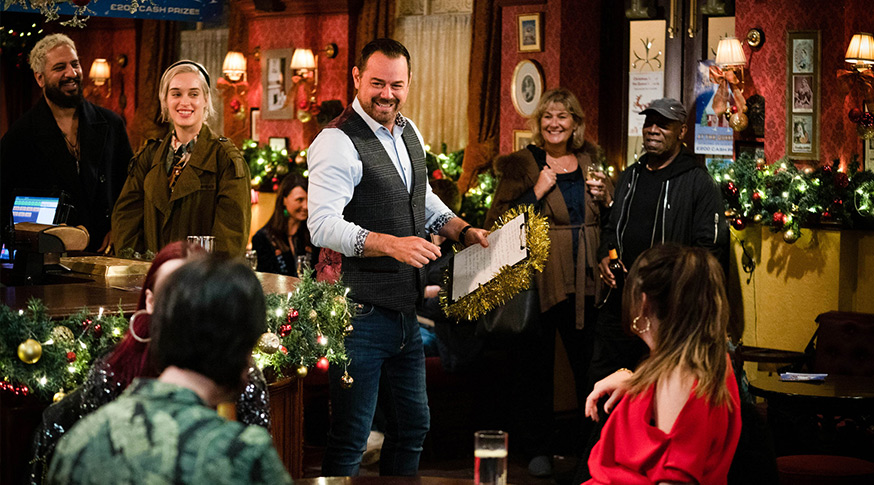